China lashes out at US, Japan, says both colluding 'to interfere in internal affairs' 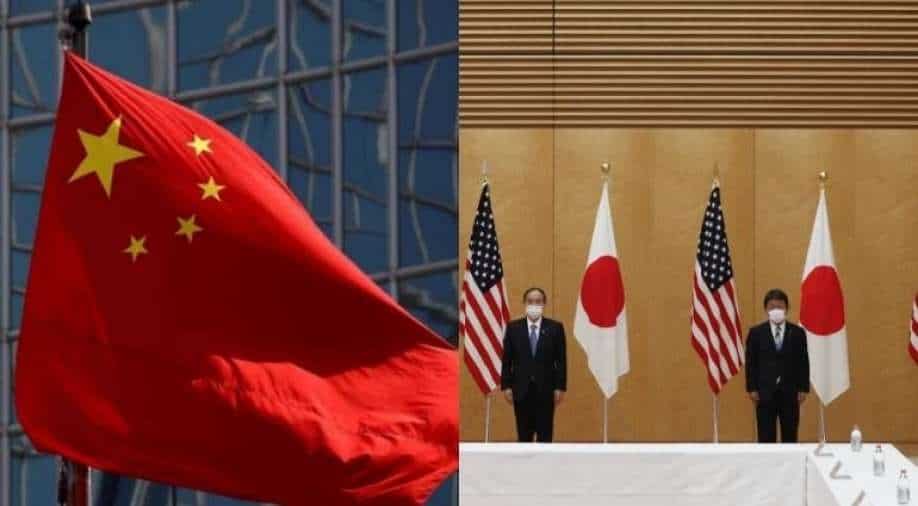 China on Wednesday slammed the United States and Japan, saying the two countries are working in "collusion to interfere in China's internal affairs".

The remarks came after Washington and Tokyo in a joint statement on Tuesday warned China against "coercion and destabilising behaviour" as Pentagon chief Lloyd Austin and Secretary of State Antony Blinken kicked off Biden administration's first leg of a visit to the ally nations.

He also said that the two nations had no "no right to unilaterally define international relations" or press their own standards.

"This is just another clear example of the US and Japan working in collusion to interfere in China's internal affairs," the spokesperson said.

Top US officials are currently in South Korea as Washington focuses on working with Asian allies, including India to counter China.

The US-China relations hit a new low during the term of last US president Donald Trump and Washington has continued to slam Beijing's policies on Uighurs, Tibet and Hong Kong.

Blinken and White House national security adviser Jake Sullivan will soon meet senior Chinese official Yang Jiechi and Foreign Minister Wang Yi in Alaska in a visit that will give a sense of the future of ties between both countries.