UN General Assembly 2021 | 'We are not seeking a new cold war': US President Joe Biden 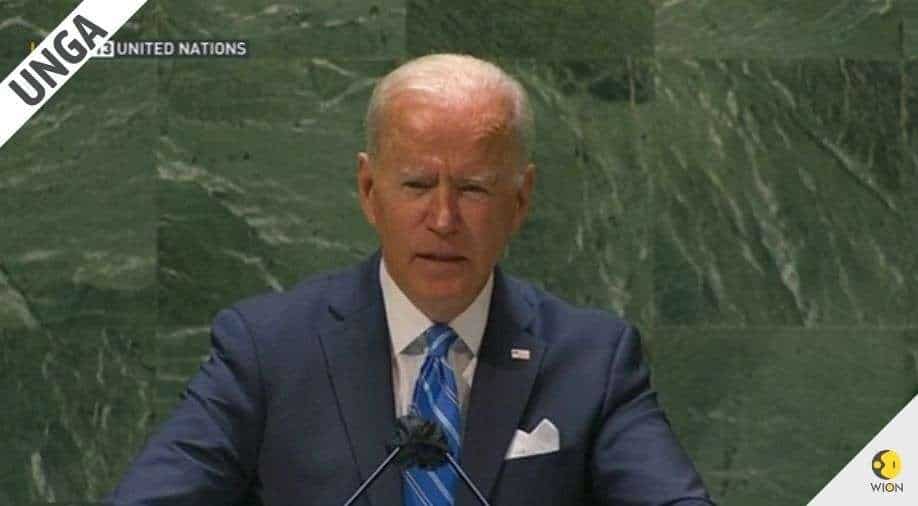 The US president says the pandemic has been a time of "great pain and extraordinary possibility" but the world now has an opportunity to make a difference.

On Tuesday, US President Joe Biden delivered his first address to the United Nations General Assembly, declaring that the world is at a "inflection point in history" and that the world must act quickly and cooperatively to address the lingering issues of the COVID-19 pandemic, climate change, and human rights violations.

In the midst of rising tensions with China, Biden also stated that the US is “not seeking a new Cold War.”

“We are not seeking a new Cold War or a world divided into rigid blocks,” he clarified.

With no lack of issues facing the world, the president emphasised his decision to end America's longest war, in Afghanistan, last month, and set the stage for his administration to shift its focus to intensive diplomacy.

He is motivated by the notion that "to deliver for our own people, we must also engage deeply with the rest of the world," according to him.

He said that the pandemic has been a time of "great grief and incredible possibilities," but that the world now has a chance to make a difference.

He asserted that at the "beginning of a pivotal decade for our globe," there is a "clear and urgent choice" to "define our futures."

The US president stated that powerful countries will not be able to dominate weaker countries.

Countries must work together to face important challenges such as climate change and COVID-19, he said, "even if we have great disagreement in other areas."

Biden said that countries must now address climate change and prepare for the next pandemic, which he predicts will occur.