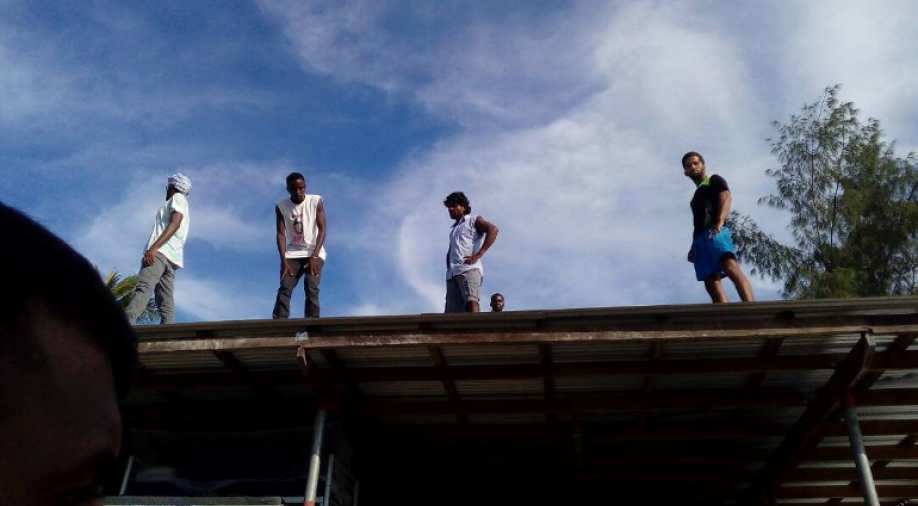 A top official for the United Nations High Commissioner for Refugees accused 'bureaucrats and politicians' of overruling doctors and putting lives at risk at camps on Nauru and Manus.

Australia's under-pressure government received a double blow Monday from the United Nations and a leading doctors' group over harsh treatment of refugees on off-shore island camps.

In an unusual broadside, a top official for the United Nations High Commissioner for Refugees accused "bureaucrats and politicians" of overruling doctors and putting lives at risk at camps on Nauru and Manus.

Australia holds unauthorised migrants who try to reach the island continent by boat in "off-shore detention" -- part of a harsh policy designed to deter would-be asylum-seekers.

UNHCR's Catherine Stubberfield decried the policy as "sold too simplistically" and said changing it was now a matter of "basic human treatment and decency."

The Royal Australasian College of Physicians (RACP) on Monday also threw its voice behind those calling for the government to change course.

Around 160 people remain on the island of Nauru -- including women and children -- and it is believed as many as 600 men are still in transition centres on Manus after the Australian-run camp there was closed late last year.

The minority government of Prime Minister Scott Morrison has quietly agreed to transfer children off Nauru, but is under fierce pressure to close it completely.

Eyewitnesses -- including AFP journalists -- have reported a dire situation on Nauru, with families living under constant fear of loved ones committing suicide.

On Monday, Medecins Sans Frontieres also reported that almost a third of the people they had treated on Nauru before being expelled by the government in October had reported attempted suicide.

A dozen patients, the organisation said, had been diagnosed with "resignation syndrome" -- a condition that causes people to withdraw into themselves in an almost comatose state.

David Isaacs of the RACP, a paediatrician who treated children on Nauru in 2015, said access to medical care "must be determined by a doctor – not a politician".

"There is a medical crisis in offshore detention," said Isaacs. "It is a crisis that is entirely preventable. The government can act to end it."

Polls show that a large number of Australians would like to bring the remaining children off Nauru, but are split on whether the broader population should be brought to Australia.

The tough offshore detention policy is popular with Morrison's right-wing base, which he needs to shore up dwindling support in parliament ahead of national elections due to be held by May.

"There are more medical professionals on Nauru, than there are children," he claimed last month.

But the latest volley from the UNHCR will only add to the pressure.

"Australia retains responsibility for those it has relocated under so-called 'offshore processing'," warned Stubberfield.

She suggested the government policy was partly responsible for the death of 24-year-old Hamid Khazaei, who died of sepsis contracted on Manus Island.

"Had he been evacuated to Australia within 24 hours of developing severe sepsis, Khazaei would have survived."