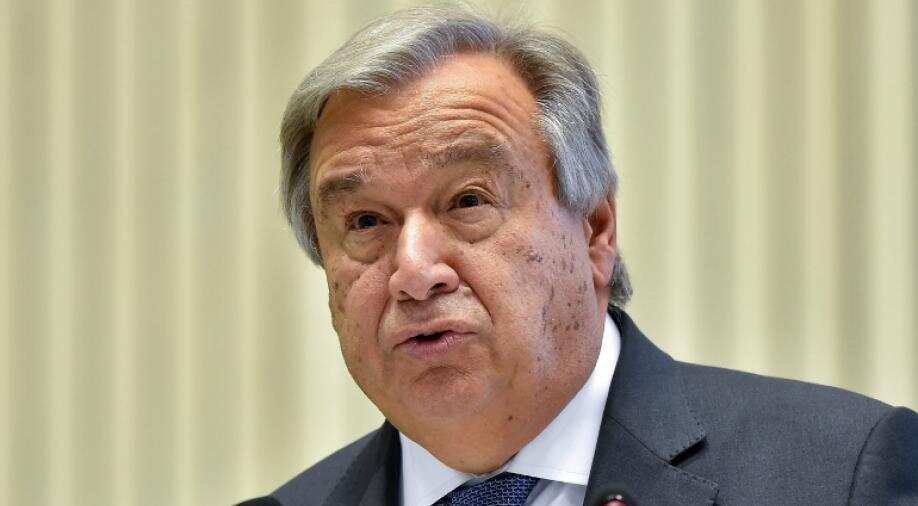 Martin Griffiths, the UN special envoy in Yemen, said on Tuesday he hoped the redeployment of forces would happen as early as Tuesday or Wednesday but there was no indication that it had happened.

The UN Security Council on Friday called on the warring parties in Yemen to immediately implement a deal to pull their forces out of three key ports and a key grain depot.

In a unanimous declaration, the 15-member council welcomed the recent UN-sponsored agreement between Huthi rebels and the Saudi-led coalition fighting them.

They called for "the immediate implementation" of the first step of the deal, which includes the various factions pulling their fighters first back from the ports of Saleef and Ras Issa and then from the port city of Hodeida.

Martin Griffiths, the UN special envoy in Yemen, said on Tuesday he hoped the redeployment of forces would happen as early as Tuesday or Wednesday but there was no indication that it had happened.

On Thursday, UN Secretary-General Antonio Guterres held a meeting on the issue in New York with US Secretary of State Mike Pompeo.

Under the agreement struck in Sweden on February 17, fighters would redeploy outside the ports and away from areas that are key to the humanitarian relief effort in Yemen, devastated by famine and outbreaks of disease after years of conflict.

The ports are in the Huthi-held west of the country. The agreement also sets out free access to the grain warehouses at Red Sea Mills, under control of the Saudi-backed government forces.

The UN has not had access to the grain depots since September and estimates that the stockpiles there could be enough to feed 3.7 million people for a month.

The Security Council members also "expressed concern at continued reports of violations of the ceasefire" which has been in place since December.

"They called on the parties to seize this opportunity to move towards sustainable peace by exercising restraint, de-escalating tensions, honouring their commitment to the Stockholm Agreement and moving forward with its swift implementation."

About 80 per cent of Yemen's population, or around 24 million people, are in need of food aid, including 10 million who are one step away from famine, according to the UN.

The country's economy has been brought to its knees by restrictions placed by the Saudi-backed government for deliveries of imports.