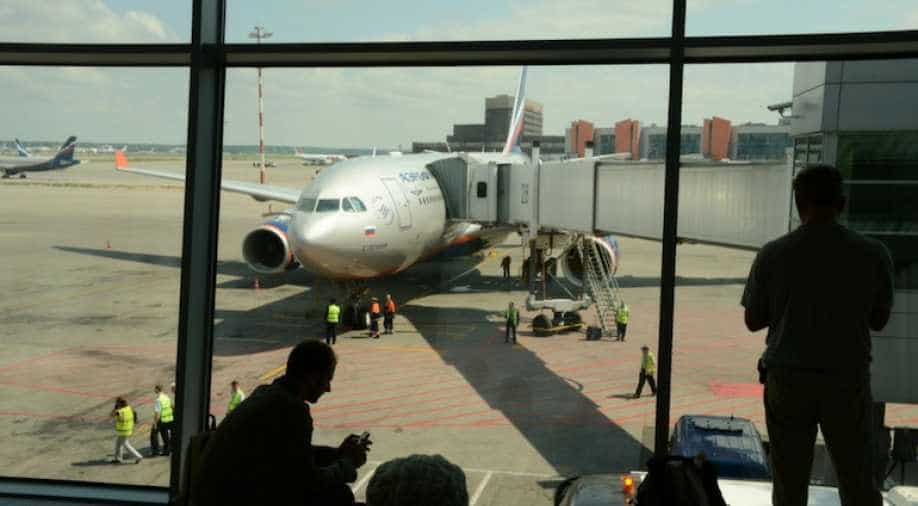 Two major airlines, American and Southwest, have postponed plans to resume serving alcohol on flights in an effort to stop a surge of unruly and sometimes violent behaviour by passengers who have shoved, struck and yelled at flight attendants.

Both airlines announced the policies this past week after the latest assault was captured on a widely watched video that showed a woman punching a flight attendant in the face on a Southwest Airlines flight from Sacramento, California, to San Diego on Sunday.

The flight attendant lost two teeth in the assault, according to her union, and the passenger, who was identified by the police as Vyvianna Quinonez, 28, has been charged with battery causing serious bodily injury. She has also been barred for life from flying Southwest, the airline said.

It was not immediately clear if Quinonez had a lawyer, and she did not respond Saturday to messages left at a number listed under her name.

Since Janusary 1, the Federal Aviation Administration has received about 2,500 reports of unruly behaviour by passengers, including about 1,900 reports of passengers refusing to comply with a federal mandate that they wear masks on planes.

The agency said that in the past it did not track reports of unruly passengers because the numbers had been fairly consistent over the years, but that it began receiving reports of a “significant increase” in disruptive behaviour starting in late 2020.

“We have just never seen anything like this,” Sara Nelson, the international president of the Association of Flight Attendants, said during an online meeting with federal aviation officials Wednesday. “We’ve never seen it so bad.”

Southwest Airlines issued a statement Friday citing the “recent uptick industrywide of incidents in flight involving disruptive passengers” as it announced that it had paused plans to resume serving alcohol on flights.

Also Read | Is it safe to fly during the pandemic? Answers from the experts

“We realize this decision will be disappointing for some customers, but we feel it to be the right decision now in the interest of safety and comfort of all onboard,” the statement said.

It said that alcohol sales, which had been suspended in the main cabin since late March 2020, would remain suspended through September 13, when a federal mandate requiring passengers to wear masks on aeroplanes, buses and trains is set to expire.

In a memo, American said it recognized that “alcohol can contribute to atypical behavior from customers onboard and we owe it to our crew not to potentially exacerbate what can already be a new and stressful situation for our customers.”

“Over the past week we’ve seen some of these stressors create deeply disturbing situations on board aircraft,” said the memo, which was issued to American’s flight attendants Saturday. “Let me be clear: American Airlines will not tolerate assault or mistreatment of our crews.”

American said that alcohol would continue to be served in first class and business class, but only during the flight and not before departure.

The changes came after Lyn Montgomery, president of Transport Workers Union Local 556, which represents flight attendants on Southwest Airlines, urged the airline’s CEO, Gary Kelly, to stop the “abuse” employees have been facing.

“We ask that you take a strong stance to ensure that unruly passengers are not welcome to travel with us, period, full stop,” she wrote in a letter to Kelly on Monday. “Flight crews must feel safe and supported when reporting to work.”

The changes also came after the FAA said Monday that it had proposed fines of $9,000 to $15,000 for five passengers who had exhibited disruptive behaviour on flights.

One of those passengers was in the main cabin of a JetBlue flight in February. She yelled obscenities and pushed a flight attendant who took away Champagne and food that had been brought to her by a passenger in first class, the FAA said.

Another passenger on a JetBlue flight in January ignored instructions to stop drinking alcohol and yelled at crew members after they told him to stop talking on his cellphone, the agency said.

In January, a passenger on Alaska Airlines shoved a flight attendant who was walking down the aisle and documenting which passengers were wearing masks, the FAA said.

FAA Administrator Steve Dickson said in a videotaped statement that the agency has a “zero-tolerance policy” for passengers who cause disturbances on flights or fail to obey instructions from the flight crew.

Passengers, regardless of their vaccination status, must wear masks on planes and in airports, he said.

Those who violate the rules, he said, may be subject to fines and jail time. As a former commercial airline captain, Dickson said, he knows that disruptive passengers can pose a safety risk.

“Flying is the safest mode of transportation,” he said, “and we intend to keep it that way.”