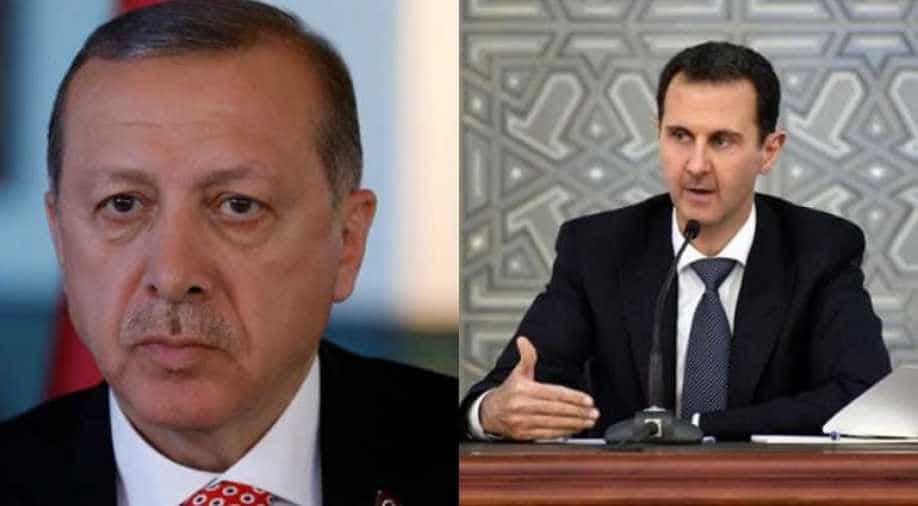 An airstrike also killed at least nine civilians in the same area, where the latest government offensive has caused one of the nine-year-old Syrian conflict's worst waves of displacement.

The tit-for-tat shelling between Damascus and Ankara was the deadliest since Turkey deployed troops in Syria in 2016 and escalated tensions between the conflict's two top foreign brokers.

Turkish President Recep Tayyip Erdogan offered rare criticism of Russia last week, accusing it of "not honouring" agreements to prevent a regime offensive on the northwestern region of Idlib.

The overnight exchange began with regime shelling on Turkish positions in Idlib, according to the Syrian Observatory for Human Rights, a Britain-based war monitor.

The attack killed four Turkish soldiers and wounded nine others despite previous coordination on where Ankara's forces would be in the region, Turkey's defence ministry said.

The Russian defence ministry said Ankara had failed to give prior warning of its troop movements at the time of the incident.

Retaliatory rocket attacks by Ankara on regime positions later killed at least 13 Syrian government troops and wounded 20 others in Idlib and the neighbouring provinces of Hama and Latakia, the Observatory said.

The Syrian army had not suffered any casualties.

Erdogan called it an "ongoing operation," and said that 30 to 35 Syrian forces were "neutralised" in the counterattack that targeted 40 locations.

He said it was not possible for Turkey to "remain silent" when its forces were being killed, warning Russia not to stand in the way of its response.

The violence in Idlib has displaced more than 388,000 people since December, according to the United Nations, forcing many of them towards Turkey's border.

UN Secretary-General Antonio Guterres on Saturday called for an end to the fighting but airstrikes, many of them carried out by Russian aircraft, have continued.

On Monday, at least nine civilians were killed in an airstrike on northwest Syria where similar raids a day earlier had killed 14 civilians, according to the Observatory..

The regime now controls more than two-thirds of Syria, up from a barely a fifth before Russia's military might came to the rescue in 2015.