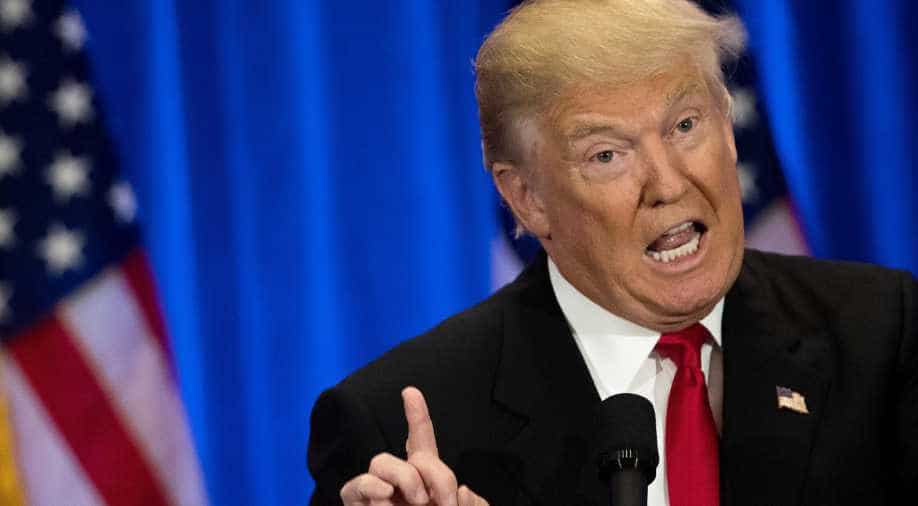 Trump's credo ?plan would ban all executive-branch officials from lobbying for five years after leaving their government jobs. Photograph:( Getty )

Trump’s transition team is having a hard time filling its seats and his campaign call to "drain the swamp" of Washington might make the process even more difficult.

According to a First Post report Trump's credo plan would ban all executive-branch officials from lobbying for five years after leaving their government jobs. The policy is aimed at checking the influence of lobbyists.

“The ban also applies to the transition team members charged with helping to find, vet and hire for the incoming Republican administration," Trump spokesman Sean Spicer said late Wednesday according to the First Post report.

There is also conflicting information on whether JPMorgan Chase & Co (JPM.N) chief executive Jamie Dimon could become the next US treasury secretary in President-elect Donald Trump’s cabinet, and this has pushed the nation’s largest bank into uncertainty.

On Wednesday, tweets from Fox Business News reporters indicated that Dimon was still in the race for the job. Fortune, however, reported that Dimon has formally told the Trump transition team that he is not interested in being the treasury secretary.

While a Trump transition team source told Reuters that Dimon is "pitching hard" for the Treasury role, two other sources indicated that he is not interested.

The speculations over his departure have put JPMorgan’s investors in a state of frenzy. Dimon has run JPMorgan for a decade and is viewed as a torchbearer for Wall Street. He does not have a clear successor.

"He is one of the best CEOs in the industry and corporate America, so if there were to be a quick departure that would be troubling," Walter Todd, chief investment officer at Greenwood Capital Management, which owns JPMorgan shares told Reuters. "It is very difficult to replace someone like him."

US media also reports that Trump is considering west Michigan donor and school choice advocate Betsy DeVos for the position of education secretary.

According to The Detroit News,the 58-year-old billionaire power broker has strong political connections and is rooting for charter schools and vouchers which, proponents claim, give parents and students more freedom to seek a higher-quality education. Critics on the other hand view charter schools as an effort to privatise education at the expense of public schools.

“As chairwoman of the Michigan Republican Party, DeVos was a driving force behind a failed 2000 ballot proposal that would have amended the Michigan Constitution to create a voucher system allowing taxpayer funds to follow students to nonpublic schools,” the Detroit News said in one of its reports.

The report also cited federal records showing that DeVos donated more than $320,000 to the Republican Party, candidates and political organizations in 2016. The Detroit News added, however, that she did not contribute to Trump after giving to both former Florida Governor Jeb Bush and former Hewlett Packard CEO Carly Fiorina during the GOP primary.

Trumo has said that he wants to invest $200 billion in school choice and he might consider eliminating or significantly reducing the size of the department of education.