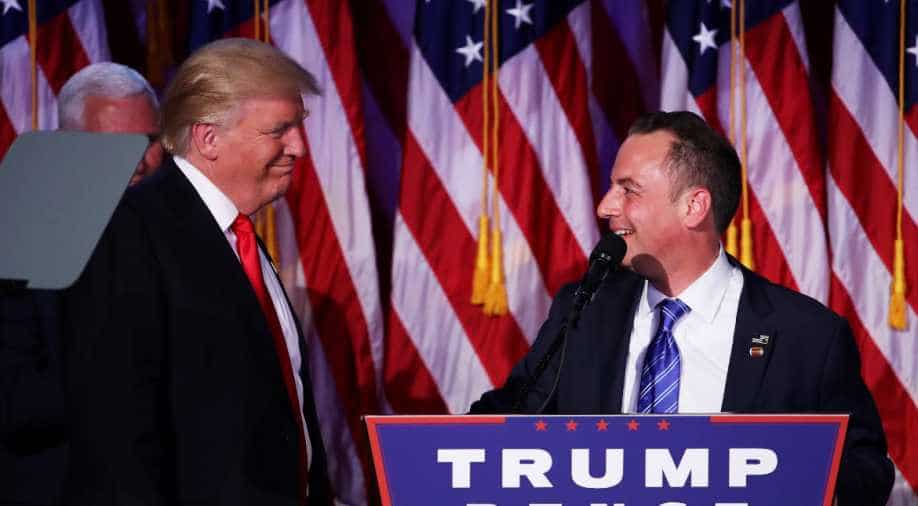 "Steve and Reince are highly qualified leaders who worked well together on our campaign and led us to a historic victory," Trump said in a statement.

The campaign statement referred to the two men as "equal partners," CNN reported. "Bannon and Priebus will continue the effective leadership team they formed during the campaign, working as equal partners to transform the federal government, making it much more efficient, effective and productive," it said.

Priebus, who is close to House speaker Paul Ryan, may help bridge the gap between the Republican Party and Trump. “I am thrilled to have my very successful team continue with me in leading our country,” Trump said.

“Steve and Reince are highly qualified leaders who worked well together on our campaign and led us to a historic victory. Now I will have them both with me in the White House as we work to make America great again.”
Bannon and Priebus will work with vice president-elect Mike Pence through the transition process.

In his first interview with US broadcaster CBS after winning the elections, Trump said he would soon deport about 3 million immigrants. The president-elect has also been seeking quick ways to withdraw the United States from a global accord to combat climate change, a source on his transition team said, defying broad international backing for the plan to cut greenhouse gas emissions.