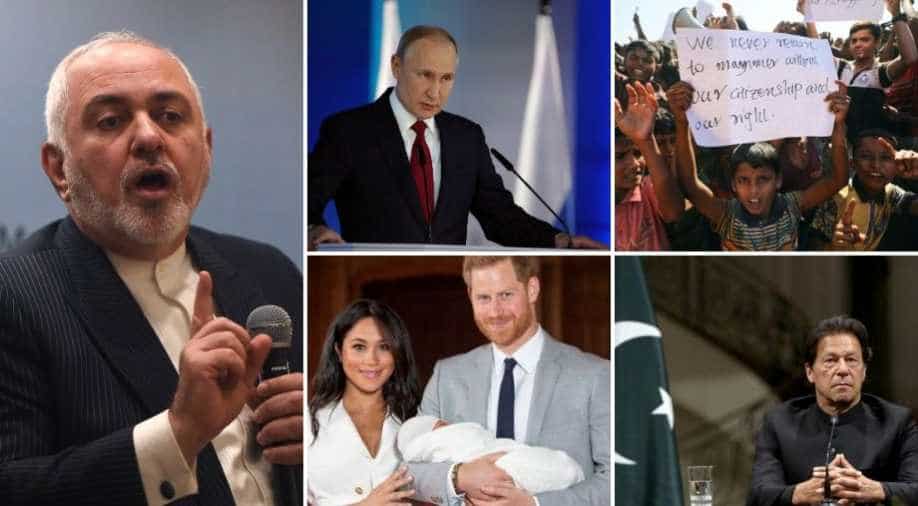 Here's a list of major world news of January 19.

SARS-like coronavirus spread to multiple countries apart from China while  in another development in world news, International Monetary Fund on Monday slashed its 2020 global growth forecast due to the slowdown in India and other emerging markets.

Meanwhile, Iran said today that it would consider "withdrawing from Non-Proliferation of Nuclear Weapons (NPT) treaty" if the nuclear dispute reaches the UN Security Council.

Here are the top world news of the Day.

After the SARS-like coronavirus spread to multiple countries, China on Monday said it was "responding actively" and had made "strict prevention and control plans". Read more

The International Monetary Fund on Monday slashed its 2020 global growth forecast due to the slowdown in India and other emerging markets.

The sharp drop for India "accounts for the lion's share of the downward revisions," the IMF said. Read more

Iran said today that it would consider "withdrawing from Non-Proliferation of Nuclear Weapons (NPT) treaty" if the nuclear dispute reaches the UN Security Council. Read more

Isabel dos Santos, the daughter of ex-Angolan President Jose Eduardo dos Santos, has been amassing wealth at the expense of her own country as per the confidential documents of her empire that have just been leaked. Read more

A government-appointed panel found no 'genocide' against the Rohingya Muslim minority in Myanmar's Rakhine state.

Pakistan is facing a massive food crisis. Wheat flour shortage has hit the people of the country which has, in turn, resulted in anger amongst the public against the Imran Khan government. Read more

Britain's Prince Harry on Sunday expressed sadness over his decision to step down from royal duties.

"It brings me great sadness that it has come to this," the Duke of Sussex said. Read more

Extension Rebellion, a series of protests against climate change have been labelled as a ''key threat'' by a police force in London. The decision was made based on counter-terrorism assessment mechanisms that allegedly led to ''intelligence tip-offs'', The Guardian reported. Read more

In a sharp departure from its official policy of non-interference in the affairs of other countries, China has positioned itself as the key mediator in resolving the protracted crisis. The main sticking point is a disagreement over whether the refugees will be safe in Myanmar. Read more