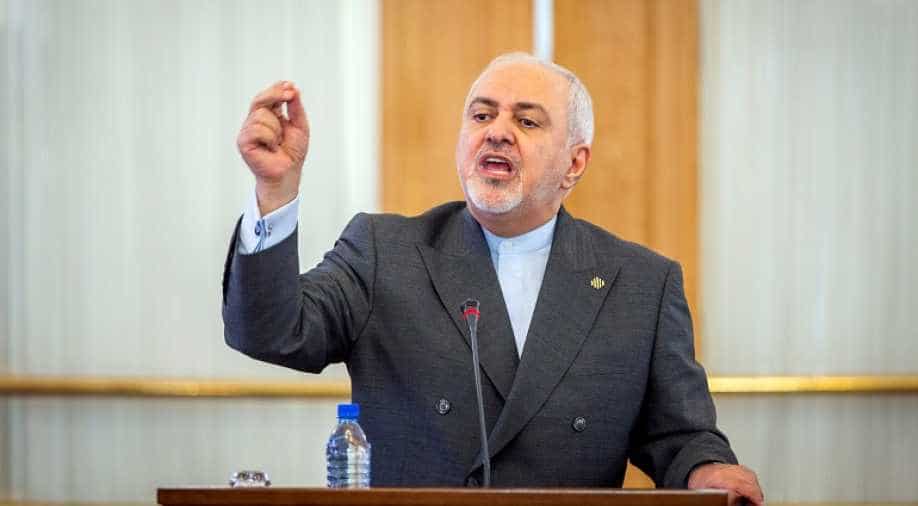 Britain, France and Germany had earlier accused Iran of violating the 2015 nuclear deal.

Iran said today that it would consider "withdrawing from Non-Proliferation of Nuclear Weapons (NPT) treaty" if the nuclear dispute reaches the UN Security Council.

Iran's foreign minister Mohammad Javad Zarif told the country's parliamentary website that there was "no legal basis" for the European nations to take the dispute to the UNSC.

"If the Europeans return to the commitments, Iran will also stop reducing its commitments, but if the Europeans continue as they have been... we have different options," Zarif said, adding, "It was stated in the president's letter that if this issue is referred to the Security Council, Iran's withdrawal from the NPT will be discussed but before that we can consider other (options)."

Britain, France and Germany had earlier accused Iran of violating the 2015 nuclear deal. Zarif had said then that the dispute mechanism was "legally baseless and a strategic mistake".

In Pics: How close is Iran to producing a nuclear bomb?

The European powers had said they were acting to avoid a crisis over nuclear proliferation amid increased tensions in the Middle East in the wake of General Sulemani's assassination in a US drone strike earlier this month. UK PM Johnson had surprised everyone by declaring that  Iran nuclear deal could be replaced by the "Trump deal".

Iran's parliamentary speaker Ali Larijani had earlier stated: "If Europe for any reason, uses Article 37 of the nuclear agreement unfairly, then Iran will make a serious decision regarding cooperation with the agency."

The Iran nuclear deal which was signed in 2015, also called the Joint Comprehensive Plan of Action (JCPOA) was signed by the United States, Britain, France, Germany, China and Russia. According to Article 36 and 37, if the dispute is not solved then it goes to the advisory board and then to the UNSC.

Reuters/Ipsos poll shows Biden ahead in Wisconsin, a close race in Pennsylvania

What is the 'reasonable' price for future COVID-19 vaccines?