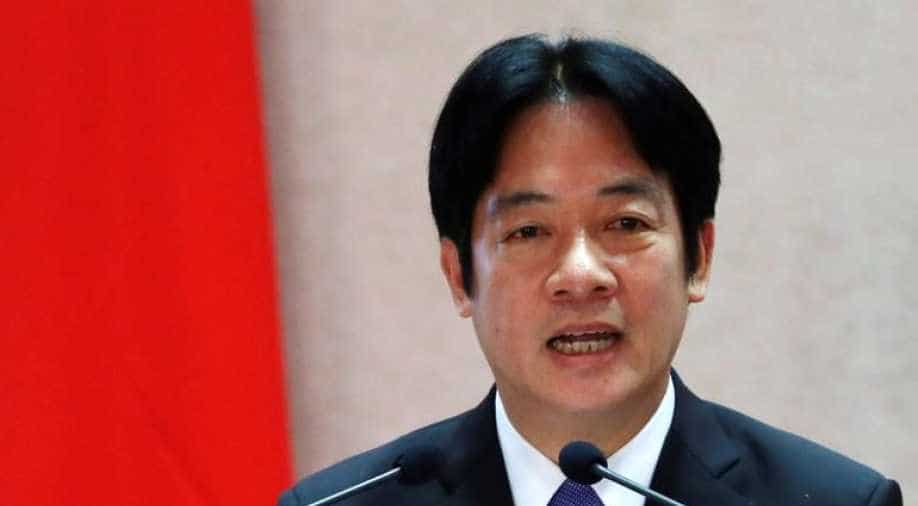 The election losses present a major challenge to President Tsai Ing-wen who has come under mounting domestic criticism over her reform agenda while facing renewed threats from China, which considers the island its own.

Taiwan Premier William Lai said on Thursday he was resigning along with the self-ruled island's entire cabinet, nearly two months after the defeat of his ruling pro-independence party in local elections.

The election losses present a major challenge to President Tsai Ing-wen who has come under mounting domestic criticism over her reform agenda while facing renewed threats from China, which considers the island its own.

Lai's departure was widely expected. It is standard practice in Taiwan for leaders to go when their party loses a major election. The DPP suffered a significant defeat in November to the China-friendly opposition Kuomintang.

It is also customary for the cabinet to step down when the premier resigns.

"The time is up. I will call a special cabinet meeting tomorrow and resign along with the entire cabinet," Lai told reporters in parliament, adding that Tsai had approved his resignation.

Tsai, who is also from the DPP, was expected to announce a new premier, Lai said, and ministerial appointments would follow.

Taiwan's elected president appoints the premier, who forms the cabinet and runs the government on a day-to-day basis.

Analysts said Tsai, who faces a presidential election in about a year, must shore up public support for her policy on relations with Beijing and boost the island's export-reliant economy in a challenging year amid the China-U.S. trade dispute.

Chinese President Xi Jinping this month threatened to use force to bring democratic Taiwan under Beijing's rule and urged "reunification" with the island.

Xi has stepped up pressure on Taiwan since Tsai became president in 2016.

Tsai has said her administration would reflect upon on the election defeat but would stand firm to defend Taiwan's democracy in the face of renewed Chinese threats.

Some from within the embattled leader's party have urged Tsai not to seek re-election. She has not explicitly said whether she would run for president in 2020.

The latest tension with China is credit negative for Taiwan and would hurt the island's economy, Moody's said in a report this week.