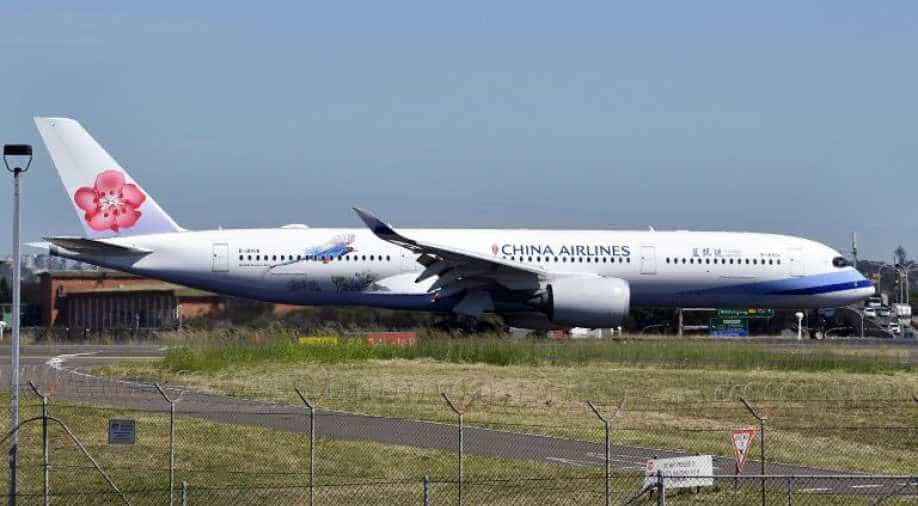 China Airlines (CAL) is frequently mistaken for Air China -- the mainland's national carrier -- and there have long been calls to rename it or make it more clearly Taiwanese.

Taiwan's parliament passed a proposal Wednesday to rebrand the island's largest airline to avoid confusion with carriers on the Chinese mainland.

China Airlines (CAL) is frequently mistaken for Air China -- the mainland's national carrier -- and there have long been calls to rename it or make it more clearly Taiwanese.

But the movement received fresh impetus during the coronavirus pandemic, which Taiwan has successfully tackled.

The self-ruled island has sent medical aid overseas as a diplomatic gesture of goodwill, often aboard China Airlines aircraft, sparking some confusion abroad over where the shipments had come from.

On Wednesday, lawmakers approved a proposal asking the transport ministry to come up with both short- and long-term rebranding plans for the carrier, which is partly government-owned.

"The ministry should make CAL more identifiable internationally with Taiwanese images to protect Taiwan's national interests as overseas it is mistaken for a Chinese airline," parliament speaker Yu Shyi-kun said while reading out the proposal.

The motion did not set a timeline for when the airline should be eventually renamed, saying it would require further discussion.

Some critics warn renaming the airline might provoke China -- especially if specific references to Taiwan are added.

Beijing views Taiwan as its territory and has vowed to one day seize it, by force if necessary.

It baulks at any suggestion the island is not part of "one China".

The name China Airlines is a throwback to the aftermath of the Chinese Civil War, when the defeated Kuomintang (KMT) nationalists fled to Taiwan.

During the authoritarian KMT era many Taiwanese companies often had the words "China" or "Chinese" placed in their names.

Taiwan has since morphed into one of Asia's most progressive democracies and a distinct Taiwanese identity has emerged.