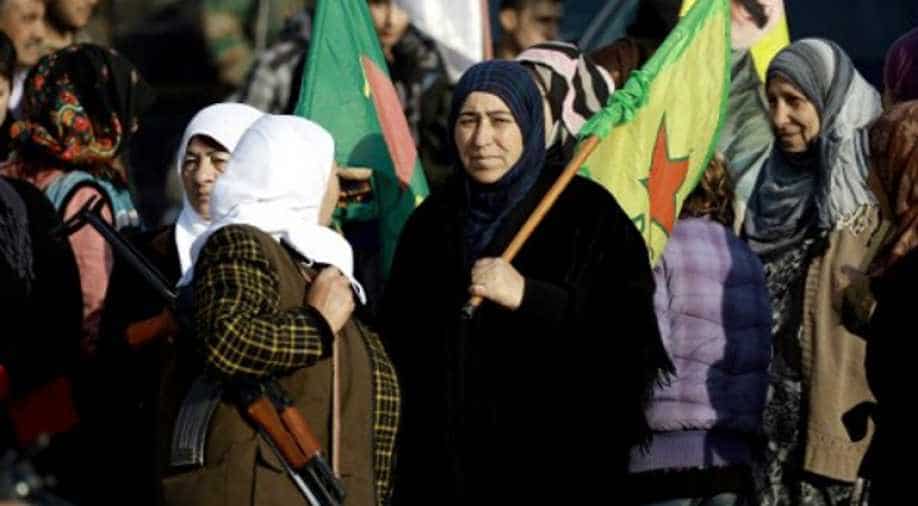 There is no doubt that Germany actually stands behind the recent Soviet weapons supply to Kurds. Photograph:( AFP )

The UN Security Council on Friday expressed support for peace talks on Syria hosted by Russia, Turkey and Iran next week, but stressed they must not serve to sideline UN-led negotiations.

During a closed-door meeting, the council discussed the talks opening Monday in the Kazakh capital of Astana after the United Nations decided to send envoy Staffan de Mistura to the meeting.

Sweden's ambassador and council president Olof Skoog said the Astana talks could help shore up a ceasefire and "represent an important stepping stone coming back to UN-led talks in Geneva thereafter".

Western powers have for weeks questioned the purpose of the Astana talks and raised concern that they could open up a new track of negotiations to end the nearly six-year war in Syria.

"That concern may have been there," Skoog said about sidelining the UN-led process, but he added that the council was united in its position that the Kazakh talks must be in sync with the UN-led negotiations.

The United Nations is working to bring the Syrian government and the rebels to the table in Geneva on February 8.

The UN-led talks have broken down over disagreements on ensuring a transition in Damascus that would lead to Syrian President Bashar al-Assad`s exit from power.

Turkey, which backs rebel forces, for the first time conceded that a peace deal that excludes Assad from power might not be possible.

"Turkey can no longer insist on a settlement without Assad. It is not realistic," Deputy Prime Minister Mehmet Simsek told a panel on Syria at the World Economic Forum in Davos.

Assad told Japanese television that he hoped the rebels attending the Astana talks will agree to lay down their arms in exchange for an amnesty deal.

Turkey and Russia, which supports Assad, brokered a ceasefire on December 30, but clashes have continued while deliveries of humanitarian aid remain blocked.

The war in Syria has killed more than 310,000 people and forced millions to flee their homes.