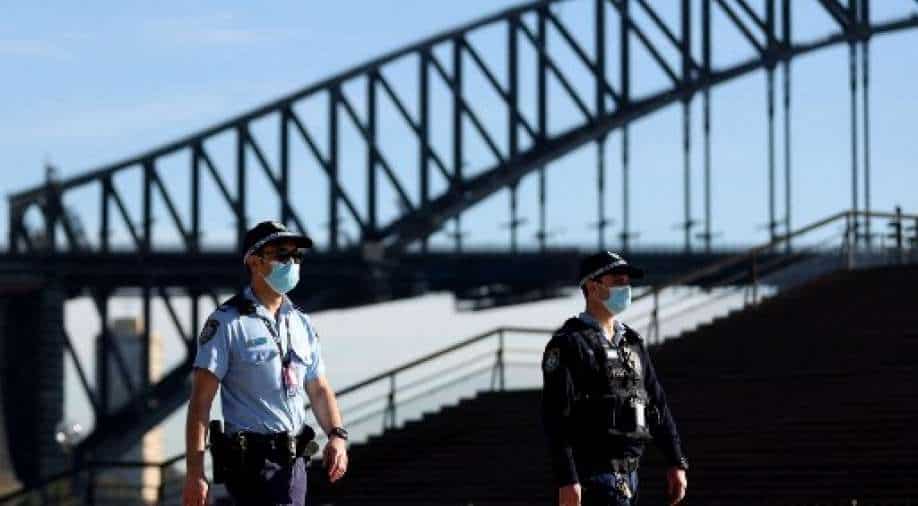 New South Wales premier Gladys Berejiklian announced the "difficult" decision, telling the city's population of five million it was time to "bunker down"

Sydney extended its two-month-old lockdown for another month and introduced a partial curfew Friday, as Australia's largest city struggled to contain a fast-spreading coronavirus outbreak.

New South Wales premier Gladys Berejiklian announced the "difficult" decision, telling the city's population of five million it was time to "bunker down".

"Unfortunately the case numbers continue to grow," she said. "This is what life will look like for most of us until the end of September."

For much of the pandemic, Sydney saw very few virus cases.

But the city is now reporting more than 600 cases each day, straining contact tracing efforts, and that number shows little sign of shrinking.

Stay-at-home orders will now remain in place across the city until the end of September and residents in virus hotspots will also be subject to a nighttime curfew and limited to one hour of outdoor exercise a day.

With the number of deaths rising steadily and the virus spreading to regional areas, Australia is racing to get jabs in arms.

Just 30 percent of the population is currently fully vaccinated.

Meanwhile, there are growing concerns about vulnerable Aboriginal communities in the New South Wales Outback, where the virus is now spreading.

The entire population of Wilcannia, a small dusty town ringed by several ancient Aboriginal sites -- have been asked to get tested after a funeral was identified as a potential super-spreader event.

A local health department spokesman told AFP officials were going door-to-door urging locals to get tested for the virus, while a sports field has been converted into a testing site.

Early in the pandemic, Wilcannia residents had put up signs on the town's limits asking travellers not to stop — fearing the virus could obliterate an already vulnerable community.

New South Wales authorities are also facing growing anger from other Australian states, where the virus cases linked to the Sydney outbreak have emerged.