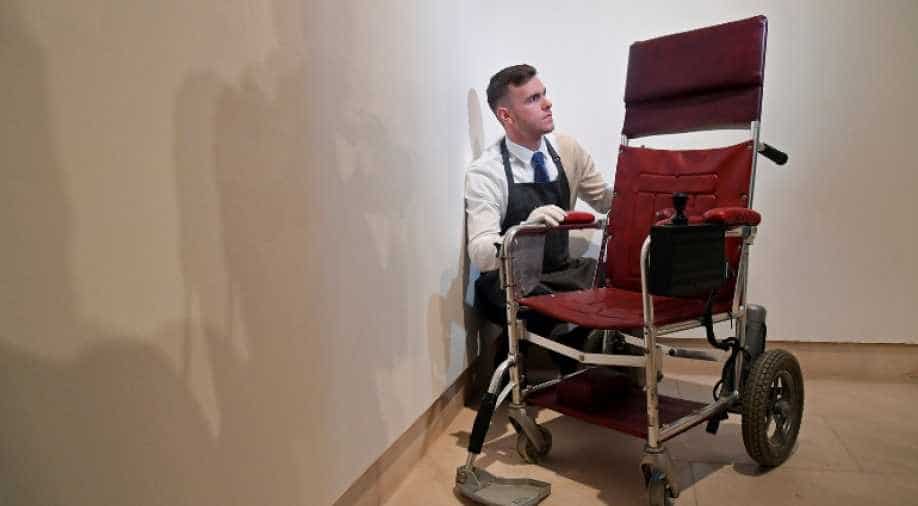 From a copy of his PhD thesis to his wheelchair, items belonging to Stephen Hawking are headed for auction, offering fans of the late British physicist famed for his work exploring the origins of the universe a chance to buy some of his possessions.

Known for his acclaimed research on black holes, the wheelchair-bound Hawking, who suffered from motor neurone disease and used an electronic voice synthesiser, died in March at the age of 76.

"On the Shoulders of Giants", which also features documents penned by Isaac Newton, Charles Darwin and Albert Einstein, will feature 22 lots from Hawking's estate, including one of five known copies of his PhD thesis, "Properties of expanding universes", estimated at 100,000-150,000 pounds ($127,480 - $191,220).

"Stephen Hawking was a huge personality worldwide. He had this amazing ability to connect with people," Thomas Venning, head of the Books and Manuscripts department at auction house Christie's London, told Reuters.

"The whole idea...was to provide something that was accessible to his admirers so that people could connect with him and remember his extraordinary story."

Also up for sale are a copy of Hawking's best-selling book "A Brief History of Time" signed with his thumb print, estimated between 2,000 and 3,000 pounds, as well as awards and medals given to the scientist, priced at 10,000-15,000 pounds.

Other documents, an invitation for a reception for "Time Travellers" as well as a motorised wheelchair Hawking used, are also being sold in the Oct. 31 - Nov. 8 online auction.

It has already attracted interest from Asia, the Middle East, the United States and Australia, according to Venning.