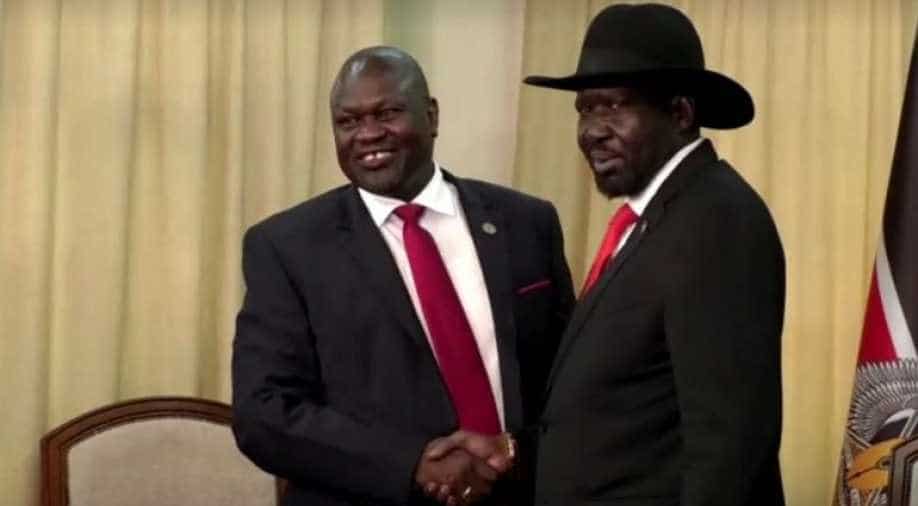 President Kiir's government says the unity government should be formed as scheduled in the agreement.

South Sudan's exiled rebel leader Riek Machar on Saturday jetted back to the country for another round of peace talks with President Salva Kiir.

This meeting is expected to come up with a way forward on forming a new government in South Sudan by the November 12th deadline.

President Kiir's government says the unity government should be formed as scheduled in the agreement.

"The meeting was to see the way forward, discuss all the other outstanding issues that are connected with the implementation of the agreement. And among them is, of course, the security arrangement," said Michael Makuei Lueth, Information Minister of South Sudan.

Machar, leader of Sudan People's Liberation Movement-In-Opposition (SPLM-IO), who is currently living in neighbouring Sudan, made his third trip to Juba, the capital and largest city of South Sudan, after he fled to the Democratic Republic of Congo (DRC) following renewed violence in July 2016.

Machar held a face-to-face meeting with President Salva Kiir last month where the two agreed to resolve pending issues that have dragged implementation of the peace deal.

Peter Manawa Gatkuoth, deputy head of Information of the SPLM-IO, told reporters at Juba International Airport that the opposition leader wants an overhaul of the security sector before forming a unity government.

"We should unify, train and deploy unified forces. That's why we put it as a condition as the SPLM-IO, to form a government of national unity. We need to solve the issue of security arrangement," said Gatkuoth.

South Sudan descended into conflict in December 2013 after President Salva Kiir sacked Machar, leading to fighting between soldiers loyal to the two leaders.

The conflict killed tens of thousands and displaced millions both internally and externally.

A peace deal signed in 2015 collapsed after the outbreak of renewed violence in July 2016, forcing Machar to flee the capital.

Under the 2018 peace deal, Machar will take up one of the four vice presidency positions in the transitional government.