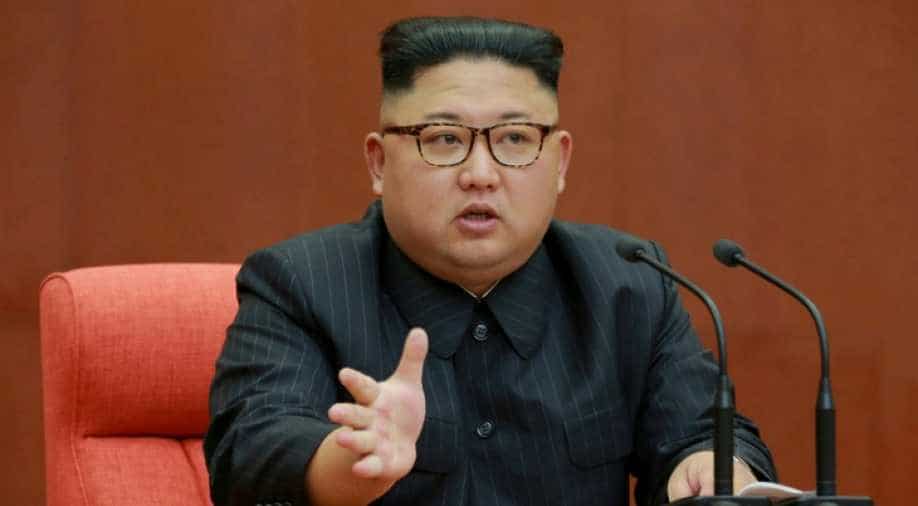 The only certain way to locate and secure all North Korea's nuclear weapons sites would be via a US ground invasion, the Washington Post reported Saturday, citing a letter from Pentagon officials sent to US lawmakers.

It said the letter, reportedly written by the vice director of the Pentagon's Joint Staff, noted that such a conflict could prompt Pyongyang to deploy biological and chemical weapons.

The report detailing the prospect of war on the Korean peninsula comes as President Donald Trump embarks on a nearly two-week Asia tour, with the North's nuclear and missile program expected to top the agenda.

The US Defense Department sent the letter in response to a request from two members of Congress for details regarding 'expected casualty assessments in a conflict with North Korea' for US and allied forces in Japan, South Korea and Guam as well as civilians, the Post said.

Tensions have soared over North Korea's nuclear and missile programs in recent months, goaded by Trump and Pyongyang leader Kim Jong-Un's fiery exchanges of insults and warnings of conflict.

On Saturday, North Korea welcomed Trump to the region by threatening to increase its nuclear arsenal and saying the idea of talks was "daydreaming," according to the state-run KCNA news agency.

Neither the US president nor his fierce rhetoric were mentioned in the letter, the Post said.

It did however say the military backs the current US approach - led by state department chief Rex Tillerson - to wield economic sanctions and apply diplomatic pressure on the North as a means of discouraging its nuclear ambitions.

The Post reported that a statement from 16 lawmakers - all but one of them Democrats - obtained along with the Pentagon letter said the 'assessment underscores what we've known all along: There are no good military options for North Korea.'