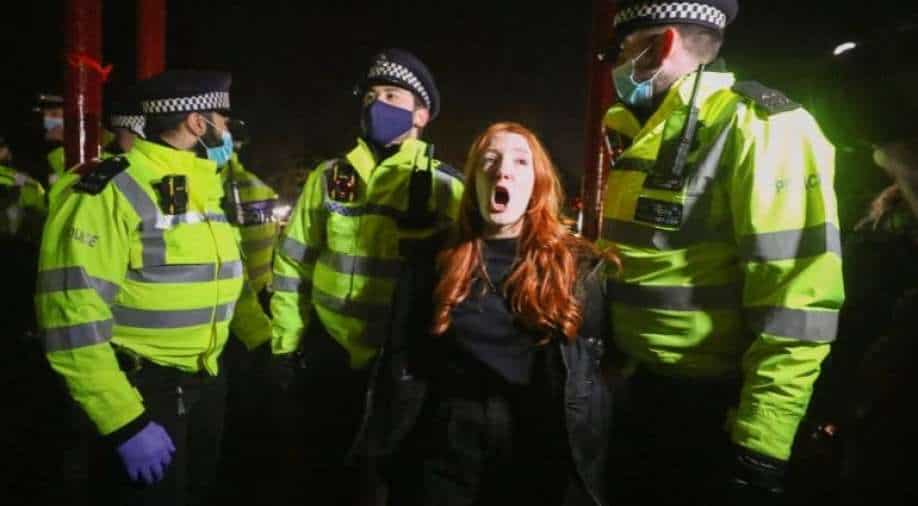 Police detain a woman as people gather at a memorial site following the kidnap and murder of Sarah Everard. Photograph:( Reuters )

Cressida has faced calls to quit after a storm of criticism over the force’s handling of a vigil held in memory of Sarah Everard on Saturday.

London police chief Cressida Dick on Sunday said she was not considering resigning and backed her officers after criticism of how they dispersed mourners at a vigil for a murdered woman on Saturday evening.

She dismissed “armchair” critics amid widespread outrage over officers manhandling women who were mourning the killing of Sarah Everard, The Guardian reported.

Cressida has faced calls to quit after a storm of criticism over the force’s handling of a vigil held in memory of Sarah Everard on Saturday.

Asked if she was considering resigning, she said: “No, I’m not.”

The disappearance of Sarah Everard, 33, as she walked home on the evening of March 3, has provoked a huge outpouring of grief and dismay in Britain at the failure of police and wider society to tackle violence against women.

Police had denied permission for a vigil on Saturday evening at London’s Clapham Common, near where Everard was last seen alive, citing regulations aimed at preventing the spread of the coronavirus.

But hundreds of people, mostly women, gathered peacefully at the park in defiance of the ban to pay their respects to Everard throughout Saturday, including Kate, the Duchess of Cambridge.