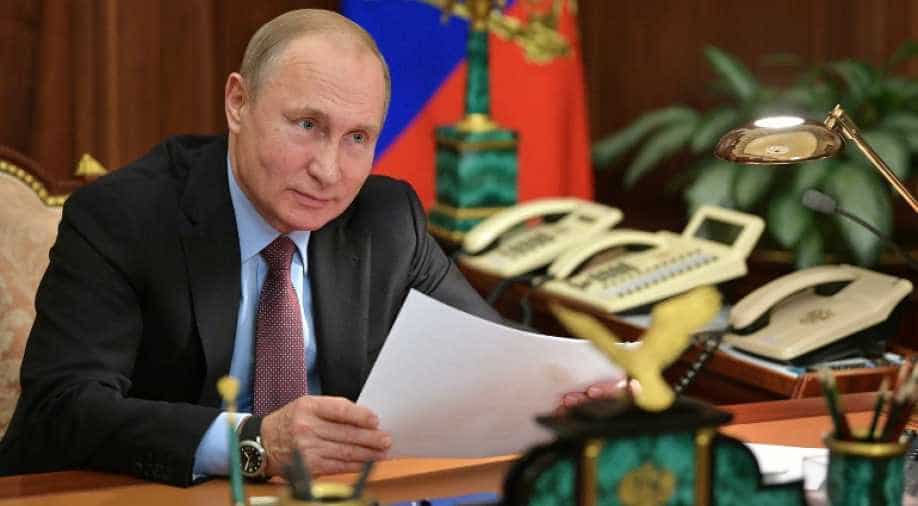 'We are still ready to work to save the Intermediate-Range Nuclear Forces Treaty,' Russia's top diplomat told reporters.

Russia said on Wednesday it was ready to work with Washington to save a crucial arms control treaty and called on Europe to help in faltering talks.

Tensions have raged for months over the fate of the Intermediate-Range Nuclear Forces treaty (INF) signed in 1987 by then US president Ronald Reagan and Soviet leader Mikhail Gorbachev.

US President Donald Trump has promised to walk away from the agreement and President Vladimir Putin threatened a new arms race, saying Europe would be its main victim.

Speaking after fresh talks between US and Russian officials in Geneva to salvage the INF led nowhere, Foreign Minister Sergei Lavrov said Moscow was ready to continue talks.

"We are still ready to work to save the Intermediate-Range Nuclear Forces Treaty," Russia's top diplomat told reporters.

He called on European nations to help influence Washington, saying they had a major stake in the issue and should not be "at the tail-end of the US position".

Last month Washington said it would withdraw from the INF treaty within 60 days if Russia did not dismantle missiles that the US claims breach the deal.

Moscow's top negotiator in Geneva, deputy foreign minister Sergei Ryabkov, said the Geneva talks centred on Russia's 9M729 system but that US demands regarding the missile were unacceptable.

Lavrov said on Wednesday the Russian side in Geneva came up with "constructive proposals" aiming to give the US an idea of what the 9M729 system was.

"However, US representatives arrived with a prepared position that was based on an ultimatum and centred on a demand for us to destroy this rocket, its launchers, and all related equipment under US supervision," Lavrov said.

The US negotiators never explained why Washington did not want to consider Russia's proposals, he added.

'You are violating, we are not'

Talks have essentially ground to a halt, Lavrov said, describing Washington's logic as: "You are violating the treaty and we are not."

Russian negotiators on Tuesday proposed holding another round of talks on the agreement but received no reply from the US side, Ryabkov has said.

Russia denies it is in violation of the treaty, which forbids ground-launched short- and intermediate-range missiles.

In Geneva on Tuesday, US and Russian diplomats blamed each other for pushing the agreement to the brink of collapse.

Russia said Washington had confirmed its intention to exit the February 2 treaty.

US Under Secretary for Arms Control and International Security, Andrea Thompson, has said the Geneva meeting was "disappointing" and Russia continued "to be in material breach of the treaty."

US trying to 'impose its will'

Lavrov also expressed hope it would be possible to save another key arms control agreement, the New START.

The agreement, which caps the number of nuclear warheads held by Washington and Moscow, expires in 2021.

"We are doing a lot to remove possible irritants regarding it and are interested in having it extended," he said.

He slammed Washington's overall position, saying the potential for conflict was increasing due to the West's unwillingness to accept "the reality of an emerging multi-polar world" and its desire to "impose its will" on the rest of the global community.

Putin has threatened to develop nuclear missiles banned under the INF treaty if it is scrapped.

He said in December he was open to the idea of other countries joining the INF treaty or to starting talks on a new agreement.

Putin has also said that if Washington moved to place more missiles in Europe after ditching the deal, Russia would respond "in kind" and that any European countries agreeing to host US missiles would be at risk of a Russian attack.

The INF deal resolved a crisis over Soviet nuclear-tipped ballistic missiles targeting Western capitals, but put no restrictions on other major military actors such as China.