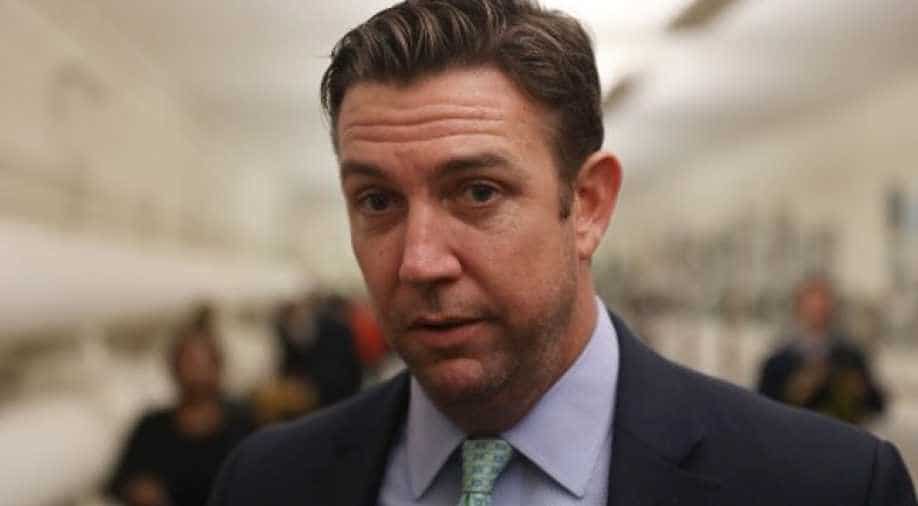 Hunter was one of the first Republicans in Washington in early 2016 to endorse Donald Trump's presidential bid.

US Representative Duncan Hunter, a Republican from California, was indicted on charges that he and his wife used campaign funds to pay for personal expenses and filed false campaign finance reports, federal officials said on Tuesday.

Hunter, who was first elected to the US House of Representatives in 2008, has been accused of conspiracy, wire fraud, falsification of records and other charges, said Adam Braverman, US Attorney for the Southern District of California.

Braverman, in a prepared statement, said a federal grand jury indicted the lawmaker and his wife for misusing more than $250,000 in campaign funds to pay for family vacations, groceries, video games, meals and other personal expenses.

Aides to Hunter did not immediately respond to a request for comment.

The 41-year-old congressman from San Diego was one of the first Republicans in Washington in early 2016 to endorse Donald Trump's presidential bid.

Another early backer of Trump, Republican Representative Chris Collins of New York, ended his bid for re-election earlier this month after he was charged with participating in an insider trading scheme.