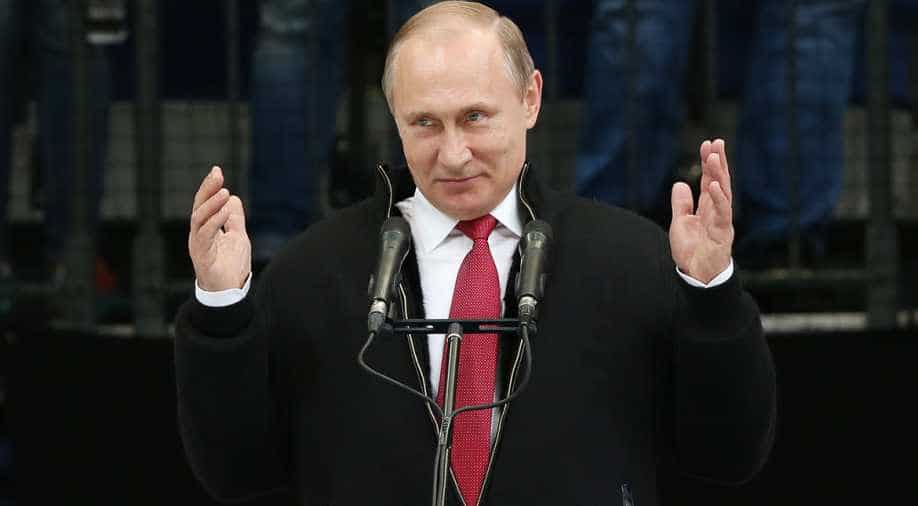 They also have to provide security services with access to this data and any necessary encryption mechanisms necessary to use it. Photograph:( Getty )

The measures, posted online Thursday by the government, boost the surveillance powers for the security services by requiring communication providers to store users' calls, messages, photographs and videos for six months, as well as metadata for up to three years.

They also have to provide security services with access to this data and any necessary encryption mechanisms necessary to use it.

They also criminalise several offences, lower the age of criminal responsibility to 14 for some crimes and extend prison sentences for online crimes like abetting terrorism.

The passage of the bills through Russia's lower and upper houses of parliament sent shockwaves through the internet and telecoms industries.

In an interview with Kommersant daily published on Thursday, CEO of Megafon mobile provider Sergei Soldatenkov, said that the law as it stands would require the company to spend 200 billion Rubles ($3.1 billion) to ensure the data storage requirement -- four times its annual profit.

"This bill financially kills the telecommunication industry," he said, instead proposing that the government tax the industry by an additional one percent and use the money to build the necessary infrastructure.

Kremlin spokesman Dmitry Peskov told journalists on Thursday that Putin also tasked the government to monitor "how this law is realised"
and take measures if there are "undesirable" consequences.

The law inspired the former US intelligence contractor turned privacy activist Edward Snowden to issue a rare comment on a domestic policy in Russia, where he is currently living in exile.

Snowden said on Thursday on Twitter it was a "dark day for Russia".

"Signing the #BigBrother law must be condemned," he said, adding that he would criticise the law despite fearing retaliation from Russian authorities.