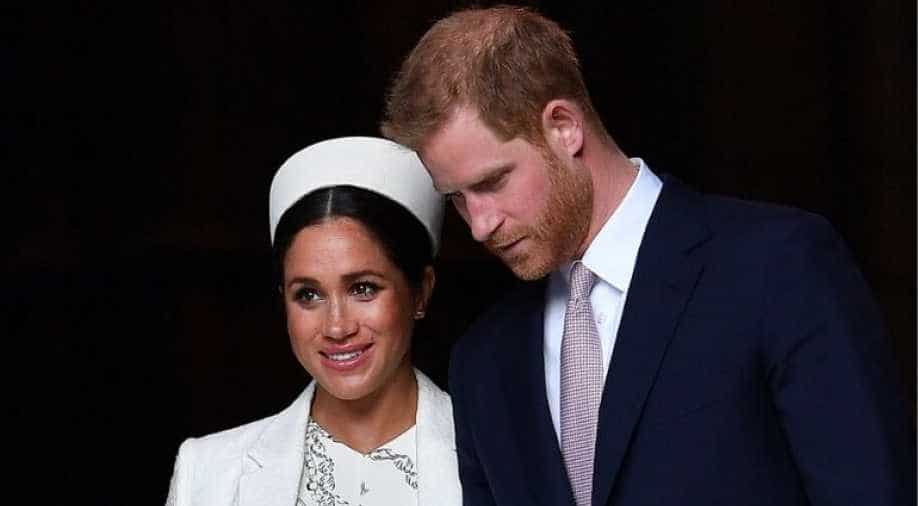 The prince boarded an evening flight to Vancouver after attending a UK-Africa investment summit in London, in what is expected to be one of his final official engagements as a working royal, the Daily Telegraph reported.

Duke of Sussex Prince Harry has left the UK and is traveling to Canada to rejoin with his significant other, Meghan, the Duchess of Sussex, and their 8-month-old child Archie, according to the news reports.

The couple has started another life after their stun exit from the Royal family.The Duke and Duchess of Sussex are bowing out totally from representing the British monarchy, in an emergency that has shaken the hundreds of years old institution.

The departure "will be deemed symbolic, coming just two days after Buckingham Palace announced that it was severing all official ties with the Sussexes as they walk away from public life," the Telegraph said.

Harry and Meghan have battled with the examination since their wedding in May 2018 and the 35-year-old said there was no option in contrast to venturing again from forefront imperial obligations to accomplish "an increasingly tranquil life" with their newborn child.

In a statement on their official Instagram account the couple had said that “After many months of reflection and internal discussions, we have chosen to make a transition this year in starting to carve out a progressive new role within this institution. We intend to step back as ‘senior’ members of the Royal Family and work to become financially independent while continuing to fully support Her Majesty The Queen. It is with your encouragement, particularly over the last few years, that we feel prepared to make this adjustment. We now plan to balance our time between the United Kingdom and North America, continuing to honour our duty to The Queen, the Commonwealth, and our patronages. This geographic balance will enable us to raise our son with an appreciation for the royal tradition into which he was born, while also providing our family with the space to focus on the next chapter, including the launch of our new charitable entity."

Under their new settlement, Harry and Meghan will no longer represent the Royal family and will surrender privileged military arrangements and will never again get public funds.

The couple will no longer be referred to as his or her royal highness.

"We hoped to continue serving the Queen, the Commonwealth and my military associations, but without public funding. Unfortunately, that wasn't possible."

Harry also confessed to some trepidation at charting a new life in Canada.

"We are taking a leap of faith," he said.

Harry was at Monday's summit at the request of the British government and it could be one of the last times he is seen on official royal duty.