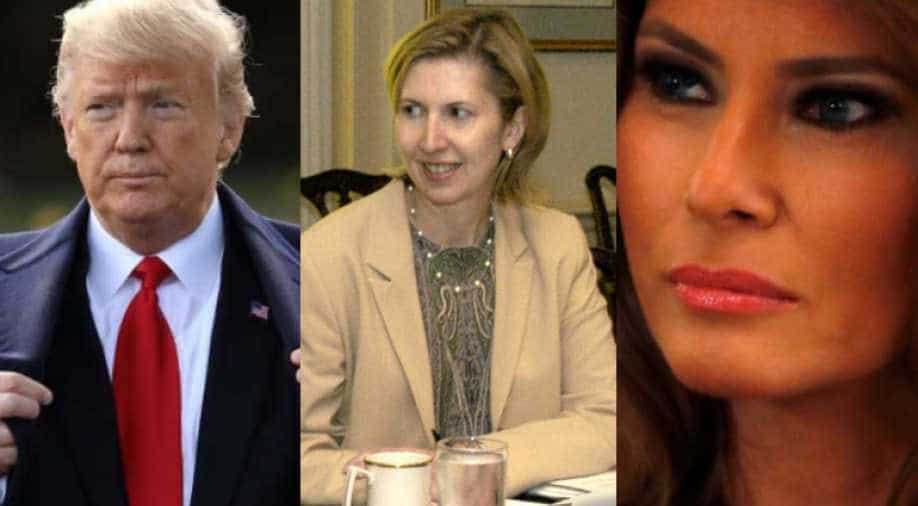 Melania Trump made the extremely rare demand for deputy national security advisor Mira Ricardel to be fired on Tuesday, saying 'she no longer deserves the honour of serving in this White House.'

An angry Donald Trump removed a senior advisor Wednesday after First Lady Melania Trump demanded her sacking, with more heads set to roll in a White House reshuffle triggered by infighting and setbacks in the midterm elections.

Melania Trump made the extremely rare demand for deputy national security advisor Mira Ricardel to be fired on Tuesday, saying "she no longer deserves the honour of serving in this White House."

The protocol-busting move followed a falling out that press leaks say was partly linked to a dispute over seating arrangements on the plane that took the first lady for a tour of African countries in October. Ricardel was also reportedly blamed for negative news coverage of Melania Trump.

The first lady got her way Wednesday when presidential spokeswoman Sarah Sanders announced that Ricardel "departs the White House to transition to a new role within the Administration."

The start to the second half of Donald Trump's first term is enveloped in gloom as the president surveys the damage from the midterms, tension with some of America's closest allies, and now turmoil inside the administration.

On Wednesday, he was quoted by right-wing website The Daily Caller saying that a wider reshuffle is coming.

'Adult in the room'

The biggest name on the chopping block, according to multiple US media reports, is chief of staff John Kelly.

A retired Marine Corps general, he has often been referred to as "the adult in the room" during Trump's drama-prone administration, even if critics say he has done little to temper the president's most damaging outbursts.

Now Kelly's days are numbered, according to the unconfirmed but mounting leaks to US media.

His position, tenuous for months, has been undermined further by reports that he also clashed with Melania Trump -- a relatively backstage first lady who has rarely made her influence so obviously felt as this week.

Melania Trump was angry that Kelly had refused to promote some of her aides, reports say.

Nick Ayers, a 36-year-old chief of staff to Vice President Mike Pence and renowned political consultant, is reportedly high on the list to replace Kelly.

Among Nielsen's critics has been National Security Adviser John Bolton, who last month was widely reported to have erupted in a shouting match with Kelly right outside the Oval Office over her performance.

Donald Trump has been in a funk since last week's midterms which saw Democrats seize control of the House of Representatives, ending the Republicans' dominance of both chambers of Congress.

While the Republicans held their Senate majority, the Democratic win means the president will for the first time face an opposition that has teeth.

Democrats vow to use their control of powerful House oversight committees to go after Trump's nebulous personal finances and to protect an explosive probe into whether his 2016 election campaign colluded with Russian agents.

Pressure is mounting from the probe, as the special counsel Robert Mueller digs ever more deeply into the president's inner circle.

When Trump suddenly replaced his attorney general Jeff Sessions last week with a fierce critic of the Russia investigation, Matthew Whitaker, critics accused him of violating the constitution.

The Department of Justice ruled on Wednesday that Whitaker's appointment is in fact constitutional, but this will do little to calm claims that Trump's real goal is to defang the Russia probe, which he describes as "a witch hunt."

Abroad, there's no respite for the real estate billionaire either.

A weekend trip to Paris for World War I commemorations was marred by a row with President Emmanuel Macron. Trump mockingly referred to Germany's invasions of France during the two world wars, while also berating America's European allies in NATO over their defense spending.

The other main takeaway from Trump's trip was a PR blunder when the White House canceled his plan to visit an American military cemetery due to rain grounding the presidential helicopter.