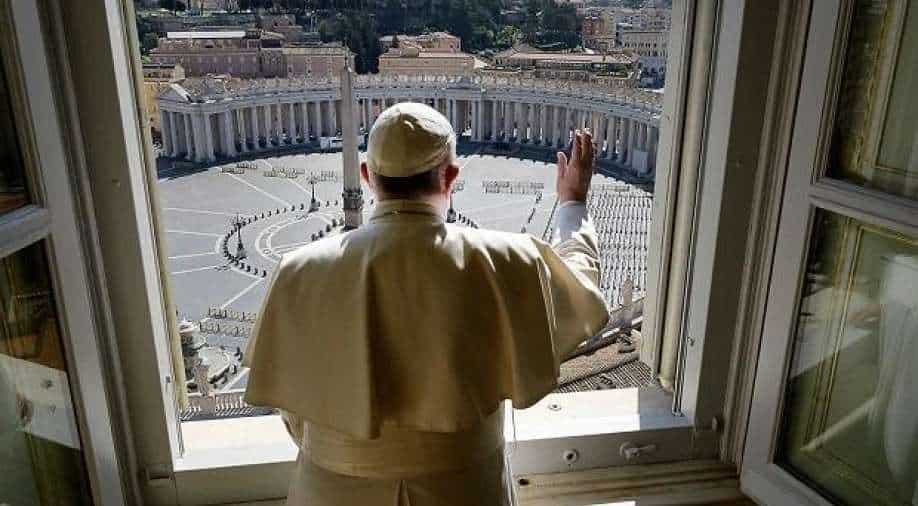 The 83-year-old pontiff was deprived of a congregation at Easter when he had to celebrate mass at Saint Peter's with very few people present.

Pope Francis will have to forego meeting Catholics at the annual Advent and Christmas masses in the Vatican owing to the resurgent coronavirus pandemic, the specialist Catholic News Agency (CNA) reported on Monday.

The 83-year-old pontiff was deprived of a congregation at Easter when he had to celebrate mass at Saint Peter's with very few people present.

In a letter to foreign envoys to the Vatican, its foreign minister informed them that Christmas ceremonies would take "a private form" this year.

Members of the diplomatic corps would not be present, and events would be made available online, a document seen by CNA said.

Tens of thousands of Catholics typically visit Rome in December to attend services at the Vatican.

The pope has scheduled a prayer on Saint Peter's Square on December 8 in lieu of a public appearance to honour the Virgin Mary, but he is still due to celebrate mass on Christmas Eve and deliver his traditional Urbi and Orbi message to the world.

The Argentinian-born pontiff is fond of greeting the public, but since the Covid-19 pandemic hit Italy he has had to curtail his agenda, cancelling trips, receptions and ceremonies.

Italy has re-imposed restrictions to battle a second wave of the pandemic, and officials face a backlash after ordering restaurants and bars to shut from 6:00 pm and theatres, cinemas and gyms to close for a month.

The virus has killed more than 37,000 people in Italy, but thousands have also turned out in recent days to protest curbs on social activities.