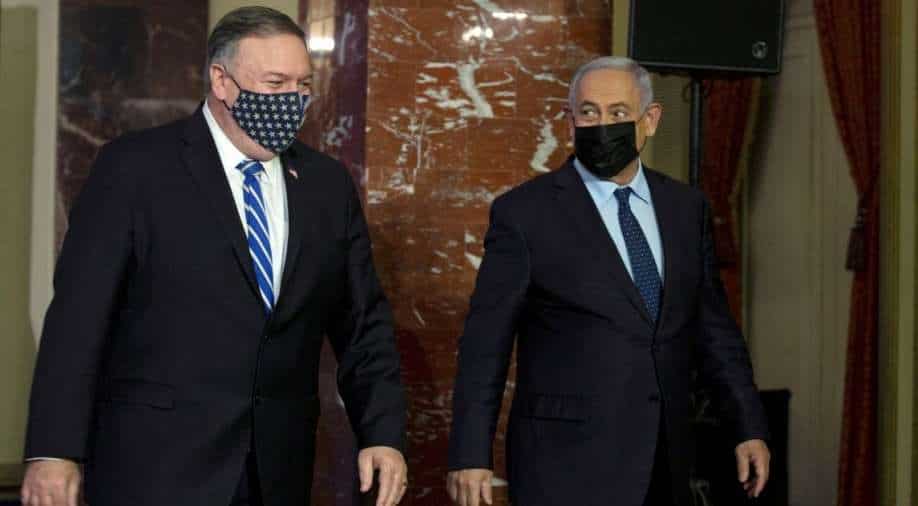 US Secretary of State Mike Pompeo on Thursday announced that the country will label exports from West Bank settlements as 'Made in Israel'.

"All producers within areas where Israel exercises the relevant authorities...  will be required to  mark  goods as  'Israel', 'Product of Israel', or 'Made in Israel'  when exporting to the United States," Pompeo said in a statement.

He said the new guidelines apply "most notably" to Area C, the large part of the West Bank where Israel retains full civil and military control and where much of the settler population lives.

Area C also includes the strategic Jordan Valley and many Palestinian communities, areas that Israel considers to be disputed territory.

Pompeo's announcement seems to imply that even Palestinian exports from Area C should be tagged as Israeli products.

"Area C producers operate within the economic and administrative framework of Israel and their goods should be treated accordingly," he said.

Pompeo became the first American top diplomat to visit the Israel-occupied Golan Heights after a stop in a West Bank Jewish settlement that infuriated Palestinians.

Pompeo’s predecessors as secretary of state have only visited the West Bank under the auspices of the Palestinian Authority, but never in a settlement because they held Israel’s presence there to be illegitimate.

The envoy of US President Donald Trump, who has made a staunchly pro-Israel stance a hallmark of his turbulent term in power, also called the pro-Palestinian BDS movement a "cancer" that Washington would designate as anti-Semitic.

After meeting close ally Israeli Prime Minister Benjamin Netanyahu, Pompeo announced that "today I will get a chance to visit the Golan Heights," the strategic territory the Jewish state seized from Syria in the Six-Day War of 1967.

Trump delighted Israel in 2019 by recognising Israel's claim to sovereignty over the area of the Golan Heights that it captured from Syria in a 1967 war and later annexed, in a move that was not recognised by most of the international community.

Last year, Pompeo, an evangelical Christian, broke with decades of U.S. foreign policy to announce that the United States under Trump no longer viewed Israel's settlements in the West Bank as "inconsistent with international law".

These and other decisions were greeted with dismay by the Palestinians, who boycotted the Trump White House for nearly three years, accusing it of consistent pro-Israel bias.

The Palestinians have indicated they would resume relations as normal with Washington once President-elect Joe Biden takes office, widely seen as a gesture of goodwill towards his future administration.

Israel says the Golan, which overlooks northern Israel, Syria, Lebanon, and Jordan, is a bulwark against Syria and Iranian forces based there. On Wednesday (November 18), Israel launched air raids against what it called a wide range of Syrian and Iranian targets in Syria in retaliation for what it said was an attempted bomb attack.

Nabil Abu Rudeineh, a spokesman for Palestinian President Mahmoud Abbas, said of the proposed Golan visit: "Pompeo's visit to occupied land is an active partnership in this occupation."

Pompeo, who announced new US sanctions on Iran while in Israel, said Washington would also step up action against pro-Palestinian efforts to isolate Israel economically and diplomatically.