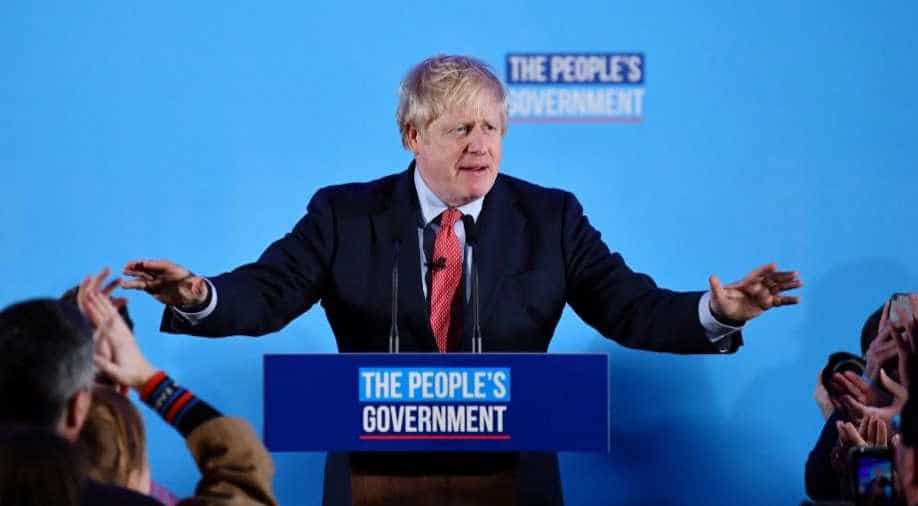 The 50-page report into Russian activity in the UK, including possible meddling in the 2016 Brexit vote, was written by parliament's intelligence and security committee earlier this year.

Prime Minister Boris Johnson has cleared for publication a parliamentary report into alleged Russia interference in British politics, his spokesman said on Monday, but no date has been set for its release.

The Conservative leader "is content publication would not prejudice the functions of those bodies that safeguard our national security", the spokesman told reporters.

The 50-page report into Russian activity in the UK, including possible meddling in the 2016 Brexit vote, was written by parliament's intelligence and security committee earlier this year.

But the committee was disbanded before last week's general election and the report cannot be published until a new one is formed -- which could take weeks because new members need to be approved by parliamentary vote.

The committee launched its Russia investigation in November 2017 and its final report was signed off by Britain's intelligence agencies earlier this year, according to former chairman Dominic Grieve.

The committee had written in its annual report that the inquiry was a response to concerns about Russia interference in the 2016 US presidential election and the impact of Russian-sponsored disinformation.

It also referenced the 2018 poisoning of former Russian double agent Sergei Skripal and his daughter Yulia in the English town of Salisbury, which London and its Western allies blamed on Moscow.

Labour politicians had alleged the report could contain evidence of links between Johnson's Conservative party and Russian billionaires.

Grieve had previously accused Johnson of delaying the report deliberately until after the election, something Downing Street strongly denied.