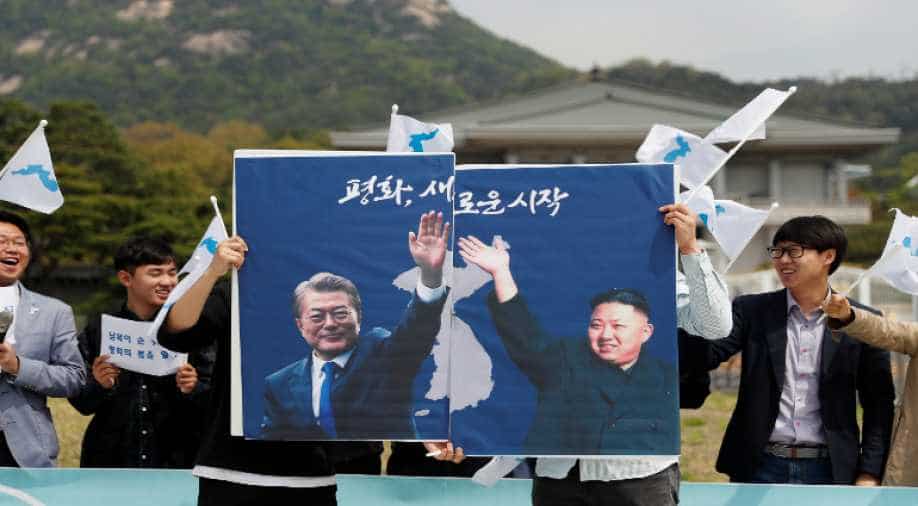 Korea invaded South Korea in 1950 and the Korean War continued till 1953.

On Friday, the world will watch when North Korean leader Kim Jong Un meets South Korean President Moon Jae-In in the Panmunjom village in the Demilitarized Zone (DMZ) that divides both their countries.

Also keeping a watchful eye on this Inter Korean Summit will be India - a country whose role in bringing the Korean War to an end in 1953 was recognized internationally at that time with even United Nations observers having paid tributes to India's voice that had called for moderation to end the crisis.

And that's why it's important to recall another chapter in India's involvement in the Korean war which is relatively less known, almost forgotten - that of an Indian Army's medical unit which treated 2.2 lakh patients during the war and that of a Brigade Group which was instrumental in assisting in the repatriation or migration of 25,000 Prisoners of War.

Korea invaded South Korea in 1950 and the Korean War continued till 1953. And while it declined to get involved militarily in that conflict, India offered medical aid and deployed an Army Medical Unit in South Korea.

Indian Army 60th Parachute Field Ambulance Unit that served in South Korea had 627 personnel in all. It treated over 2.2 lakh patients including civilians during the Korean war.

No wonder, it earned laurels from the Korean people for its efforts. During its stint there, the 60th Parachute Field Ambulance Unit suffered three fatal and 23 non-fatal casualties.

Commanded by Lieutenant Colonel A.G. Rangaraj, the 60th Parachute Field Ambulance Unit disembarked at Pusan in November 1950 and was initially deployed at Pyongyang.

The Unit was then divided into two sub units. The first was the 'Forward Element' which was grouped with 27 British Brigade and the "Administrative Element" located at Daegu to assist the Korean Army Hospital and also treat civilians.

It was this "Forward Element" which was in the thick of action including a major airlift called "Op Tomahawk" with the 8th US Army in March 1953 in the area of Munsan.

When the Korean War finally ended with an Armistice agreement in July 1953, the members of the Neutral Nations Repatriation Commission (NNRC) selected India to head this body to supervise the exchange of Prisoners of War (POWs).

India dispatched a Brigade Group having 5,230 personnel to Korea. This Brigade group was named Custodian Forces-India (CFI). It was then that 60th Indian Field Ambulance Unit was merged with the CFI as the latter took charge of over 25,000 Prisoners of War to assist in their repatriation.

The POWs who refused to be repatriated were then assisted in migration to neutral nations of their choice by the CFI. It's professional conduct won the CFI widespread respect among the Korean people.