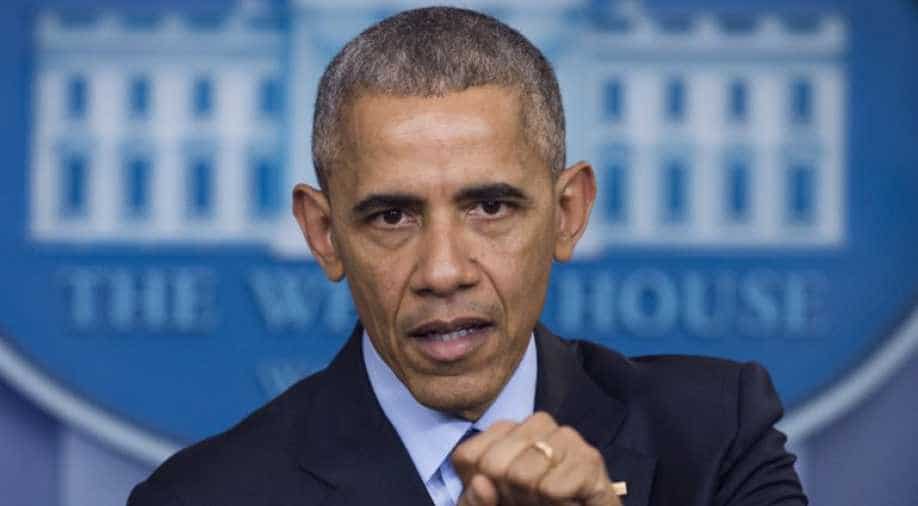 Obama noted that, under the decades-old policy, China had recognised Taiwan was its own entity that did things its own way, while Taiwan had agreed that, with some autonomy, it would not declare independence. Photograph:( AFP )

US President Barack Obama said on Friday it was fine for president-elect Donald Trump to review Washington's "one-China" policy toward Taiwan, but he cautioned that a shift could lead to significant consequences in the US relationship with Beijing.

"For China, the issue of Taiwan is as important as anything on their docket," Obama told a news conference. "The idea of one China is at the heart of their conception as a nation and so if you are going to upend this understanding, you have to have thought through what ... the consequences are."

China lodged a diplomatic protest earlier this month after Trump, a Republican, spoke by phone with President Tsai Ing-wen of Taiwan.

The 10-minute telephone call was the first of its kind by a US president-elect or president since President Jimmy Carter switched diplomatic recognition from Taiwan to China in 1979, acknowledging Taiwan as part of "one China".

China considers Taiwan a wayward province, to be taken back by force if necessary.

Obama noted that, under the decades-old policy, China had recognised Taiwan was its own entity that did things its own way, while Taiwan had agreed that, with some autonomy, it would not declare independence.

"That status quo, although not completely satisfactory to any of the parties involved, has kept the peace and allowed the Taiwanese to be a pretty successful ... economy and a people who have a high degree of self-determination," Obama said.

The Democratic president said he had advised Trump that foreign policy had to be conducted in a systematic, deliberate, intentional way.

"There's probably no bilateral relationship that carries more significance and ... where there's also the potential, if that relationship breaks down or goes into a full conflict mode, that everybody is worse off," he said of the US-China ties.

He said Beijing would not treat a departure from US policy toward Taiwan lightly.

"The Chinese will not treat that the way they'll treat some other issues. They won't even treat it the way they treat issues around the South China Sea, where we've had a lot of tensions," he said.

Taiwan reiterated it was committed to keeping the status quo in its relations with China and in promoting peace and stability, and thanked Washington for deepening US-Taiwan relations.