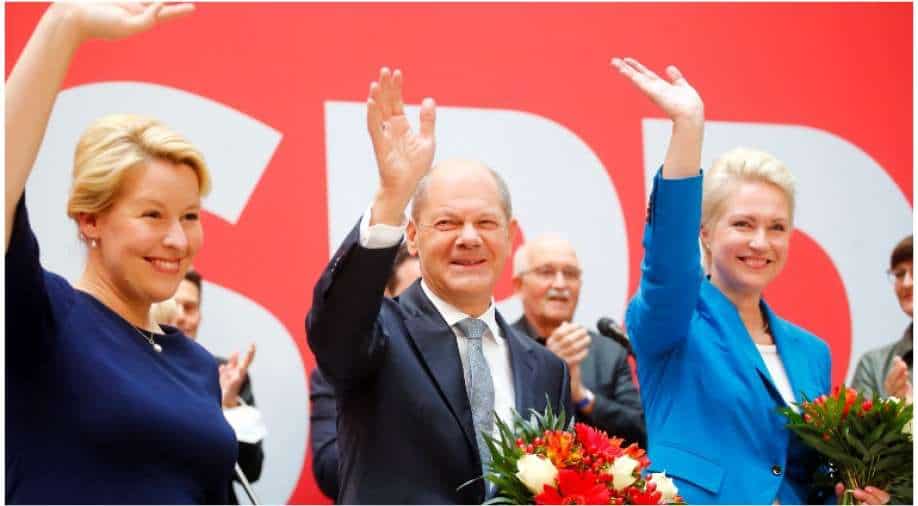 As the official results declared Social Democratic Party as the one with highest vote share, efforts are on to stitch up a coalition. However, Angela Merkel's CDU/CSU alliance is not too far behind in terms of vote share and also has a chance to cobble together parties. The Green Party, registering its best performance yet, is likely to be a kingmaker.

Germany's Social Democratic Party (SPD, as per German name) registered a narrow victory in German federal elections 2021. SPD's Olaf Scholz's image has got a big boost as compared to Armin Laschet who was favoured face of outgoing Chancellor Angela Merkel. Merkel's CDU/CSU (Christian Democratic Union/ Christian Social Union) alliance could not repeat its performance in 2017 elections and lost ground to other parties.

Final official results will be published in a few weeks.

The Green Party registered their best performance yet. Though its candidate for chancellery Annalena Baerbock may not become chancellor, the party may prove to be a kingmaker. Green Party's performance shows that voters were concerned about environmental issues like Climate Change.

Since the difference of votes between SPD and CDU/CSU is not too large, it can be said at present that both parties have a chance to form a government but with help from smaller parties. Neither of these parties has a majority on their own.

Neither the SPD nor the CDU-CSU want a repeat of the left-right "grand coalition" that has featured in three of Merkel's four governments.

Both, CDU and SPD have claimed that they have got a mandate to form government and lead the coalition as senior partner. 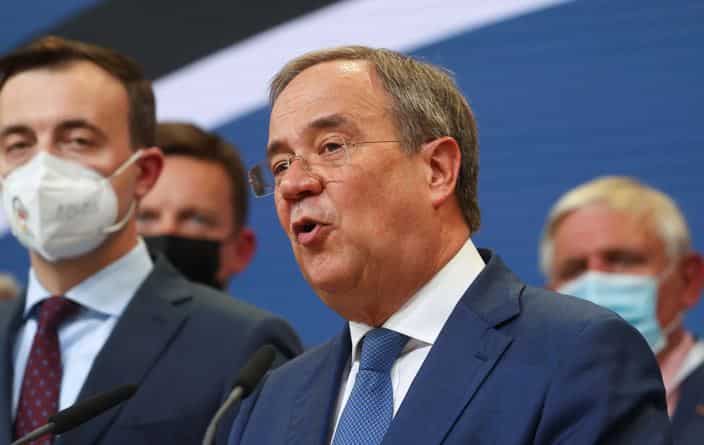 (Armin Laschet, CDU/CSU candidate for the post of chancellor)

Although parties are now trying to stitch up a coalition, all of them have refused to include far-right Alternative for Germany (AfD) among them.

Polls over, what next?

German chancellor is elected by members of parliament from themselves. However, election for chancellor will not take place right away. Ruling coalition must be formed first. The negotiations could take weeks.

Also Read | German federal elections 2021: What you need to know about race for chancellor

When the ruling coalition is formed, the partners will draft coalition agreement. It is in this agreement that the coalition partners will name new chancellor who will then be elected by vote in the parliament.

CDU/CSU bloc's vote share fell below 30 per cent for the first time in seven decades. Though Angela Merkel remains Germany's most popular politician, it remains to be seen whether her relative absence from campaigning had any effect on decrease in vote share.

She had supported Armin Lachet to be Germany's next chancellor. Laschet even had high approval ratings months before election. But series of blunders saw his popularity wane. These include getting caught on camera laughing in a ceremony to honour those who lost lives in Germany's recent floods.

In contrast, Olaf Scholz ran an error-free campaign that saw his approval ratings rise than what they were at the start of the race.