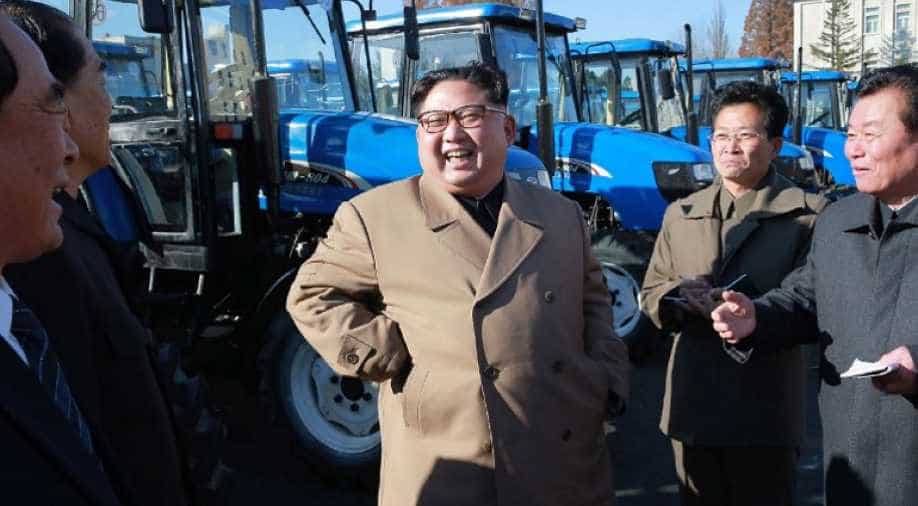 North Korea "continued to export almost all the commodities prohibited in the resolutions, generating nearly $200 million in revenue between January and September 2017," said the report by the experts seen by AFP.

North Korea 'continued to export almost all the commodities prohibited in the resolutions, generating nearly $200 million in revenue between January and September 2017'

The Security Council last year adopted a series of resolutions to tighten and expand exports bans aimed at cutting off revenue to North Korea's military programs.

The United States led the push for tough economic sanctions after North Korea's sixth nuclear test and a series of ballistic missile launches that raised fears that the US mainland could soon be within reach.

Seven ships have been barred from ports worldwide for violating UN sanctions with coal and petroleum transfers, but the experts said much more must be done to confront "these rampant illicit activities."

Arming Syria, Myanmar
Syria and Myanmar are continuing cooperation with North Korea's KOMID corporation, the country's main arms exporter, which is on a UN sanctions blacklist, the report said.

The panel uncovered more than 40 previously unreported shipments from North Korea between 2012 and 2017 to front companies for Syria's Scientific Studies Research Council, also known as CERS, a key institute for Syria's chemical program.

A visit by a North Korean technical delegation in August 2016 involved the "transfer of special resistance valves and thermometers known for use in chemical weapons programs," said the report.

A member-state that was not named told the panel that North Korean "technicians continue to operate at chemical weapons and missile facilities at Barzei, Adra and Hama" in Syria, said the report.

Syria however told the panel that there were no North Korean technicians in its territory and that the only experts it was hosting from the country were involved in sports.

A member-state, which was not named, also notified the panel that Myanmar had received "ballistic missile systems from (North Korea) in addition to a range of conventional weapons, including multiple rocket launches and surface-to air missiles".

While sanctions have been significantly broadened, this "expansion of the regime is yet to be matched by the requisite political will" to implement the measures, the experts said.

The panel of experts said 2018 offered a "critical window of opportunity before a potential miscalculation with disastrous implications for international peace and security."