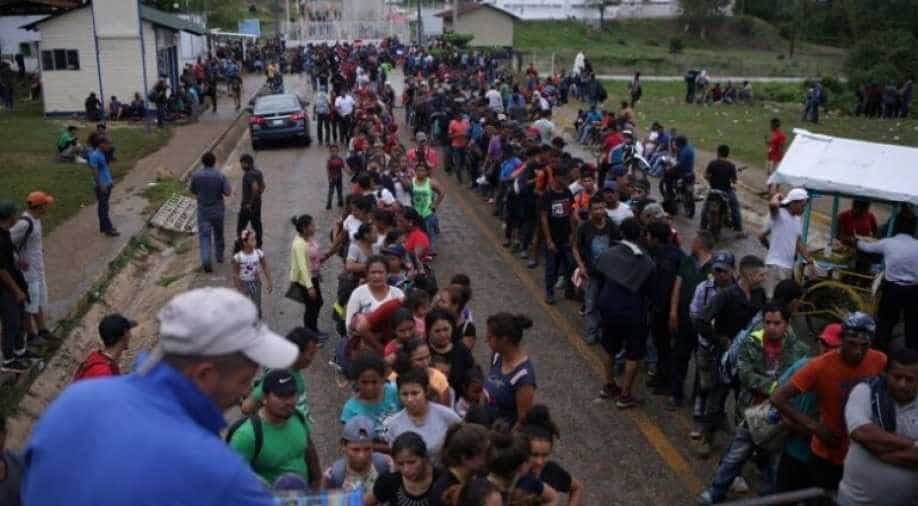 'It seems very strange to us. It's very strange that this caravan leaves on the eve of the election in the United States,' the Mexican President said

The Mexican President Andres Manuel Lopez Obrado has ordered for the national army to be deployed along its southern border to put a stop to the incoming migrant caravan.

This decision was announced as thousands of mostly Honduran migrants were traveling through Guatemala, heading for the United States via Mexico.

Obrado has balmed the US election for this sudden movement. "It seems very strange to us. It's very strange that this caravan leaves on the eve of the election in the United States," he told reporters.

"It has to do with the election in the United States. I don't have all the elements but I think there are indications that it was put together for this purpose," Lopez Obrador added.

These migrants were mainly young men and were seen across the border from Honduras into Guatemala. The area is under strict regulations right now due to the ongoing coronavirus pandemic. Majority of these migrants were spotted without a face mask.

Asking the migrants to "respect the immigration law", Francisco Garduno, the head of the Mexican migration authority, told reporters that the migrants are "not going to cross". However, he also assured that the government wants to avoid any confrontation and solve the mater peacefully.

Hundreds of military and immigration personnel have been deployed across the border on an emergency basis.

Some migrants returned to their country after the Guatemalan government ordered them to be detained and deported.

Trump's administration on Thursday announced the US will admit a record low of 15,000 refugees in the coming year.