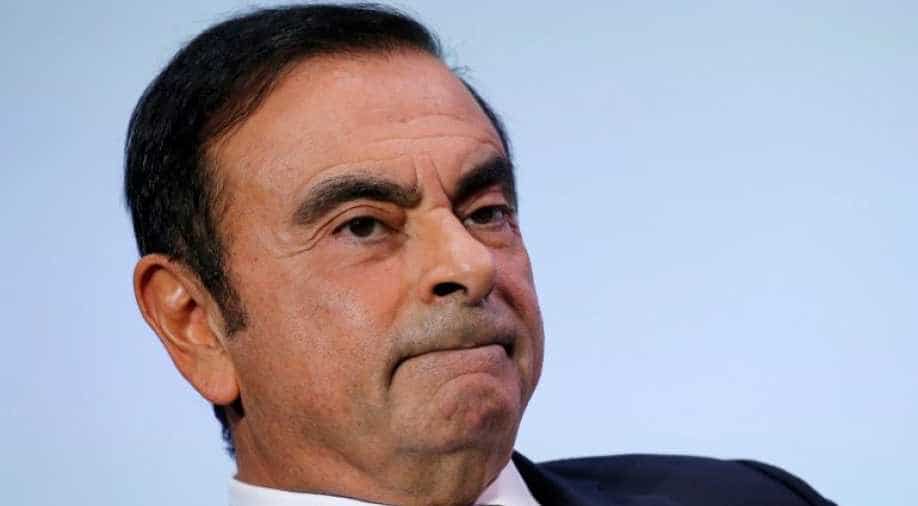 Tokyo prosecutors plan to arrest Carlos Ghosn on a fresh claim of understating his income, the Sankei newspaper reported on Tuesday, in a move that could keep the former chairman of Nissan Motor Co in detention until the end of the year.

Ghosn has been detained in Tokyo since his Nov. 19 arrest on suspicion of conspiring with former Nissan Representative Director Greg Kelly to understate his compensation by about half of the actual 10 billion yen ($88 million), over five years from 2010. Tokyo authorities on Friday extended their detention until the maximum Dec. 10 for the alleged crime.

Citing unnamed sources, the Sankei daily said prosecutors plan to arrest Ghosn and Kelly on Dec. 10 for the same crime covering the period from 2015 to 2017, during which the suspects allegedly understated Ghosn's income by about 4 billion yen. If authorities approve the maximum detention for that case, Ghosn and Kelly would remain in custody until Dec. 30, the paper said.

The Tokyo prosecutors' office declined to comment on the report.

Ghosn has been unable to respond to the allegations, which public broadcaster NHK has said he has denied. Calls to Ghosn's lawyer, Motonari Otsuru, at his office went unanswered.

In Japan, crime suspects can be kept in custody for 10 days and that can be extended for another 10 days if a judge grants prosecutors' request for extension. At the end of that period, prosecutors must file a formal charge or let the suspect go.

However, they can also arrest suspects for a separate crime, in which case the process starts over again. This process can be repeated, sometimes keeping suspects detained for months without formal charges and without bail.