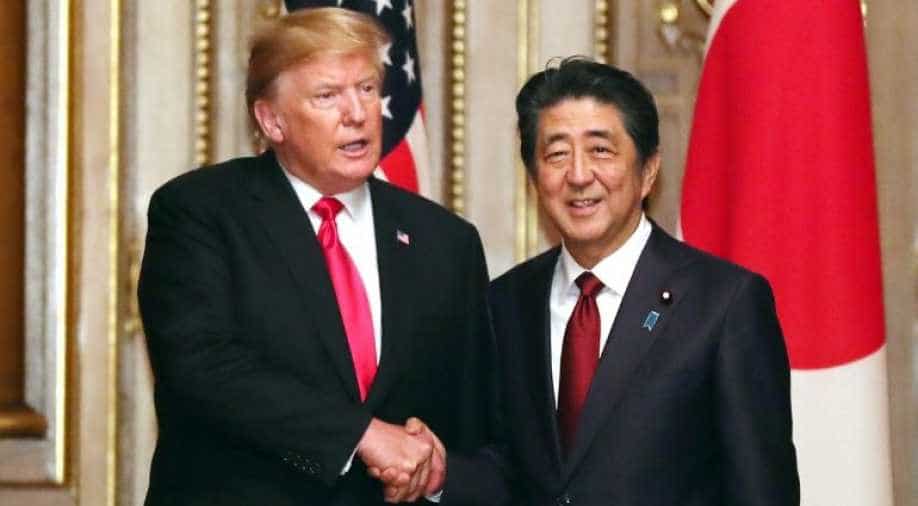 Trump stated that US ties with Japan have never been better.

While Trump stated that US ties with Japan have never been better, Abe said he is determined to show the strength of US-Japan ties to the world.

The US President also informed that Japan will be buying 105 F-35 US stealth warplanes, adding that the two countries look forward to collaborating on space exploration.

Trump said that even though there exists an "imbalance" in trade with Japan, the same should be resolved over time.

"I think we will be announcing some things, probably in August, that will be very good for both countries."

Both the leaders are slated to meet again for the G20 Summit to be held in Osaka, Japan this year.

The two leaders met in Tokyo and discussed a range of issues from Iran, North Korea to bilateral trade.

Top Japanese and American trade negotiators spent more than two hours locked in talks on Saturday night but failed to achieve a breakthrough, although the Japanese side said there was more "understanding" between the two.

Trump is in Japan as the first foreign leader to visit the country's newly enthroned Emperor Naruhito - an honour Abe hopes will help charm the US president when it comes to thorny trade talks.

Monday marked the start of the official programme for the two leaders after a fun-filled weekend of sumo, golf and meals out. Trump said on Sunday he was having a "great time" with his friend and close ally Abe.