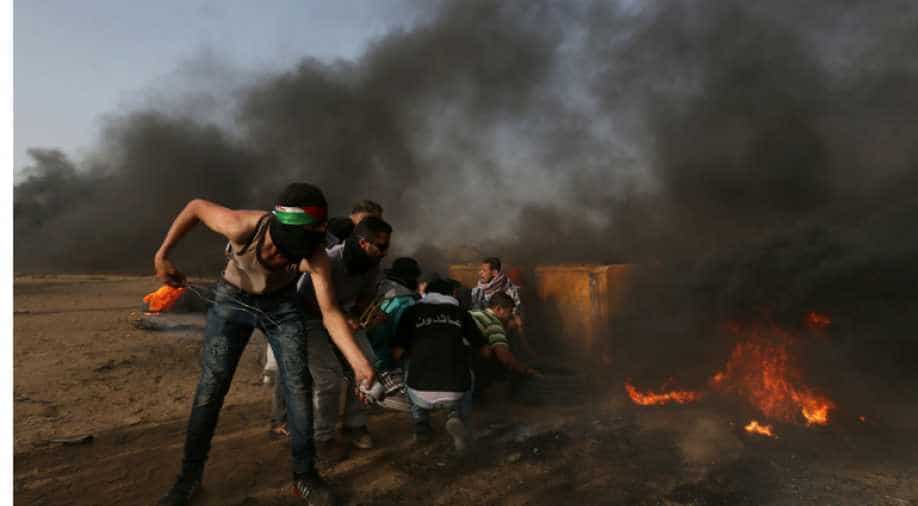 Razan al-Najjar, 21, was fatally shot on June 1 near the southern Gaza town of Khan Yunis during protests and clashes along the border.

Israel's army said Tuesday it has opened a military police investigation into the killing of a Palestinian medical volunteer along the Gaza border in June.

Razan al-Najjar, 21, was fatally shot on June 1 near the southern Gaza town of Khan Yunis during protests and clashes along the border.

The Palestinian Medical Relief Society said at the time she was hit "as she was attempting to provide first aid to an injured protester", adding that three other first responders were also hit by live fire on the same day.

Israel's army said in the days after her death that its troops did not deliberately shoot her, but the incident was further reviewed by the military advocate general.

"A military police investigation has been opened regarding the death of the volunteer medic Razan al-Najjar," the army said in Tuesday's statement, noting the probe was ordered following the advocate general's review.

At least 218 Palestinians have been killed by Israeli fire in the months of demonstrations and clashes.

One Israeli soldier has been killed along the border since the protests began on March 30.

Israel says its actions are necessary to defend the border and stop infiltrations and attacks, which it accuses Hamas, the Islamist movement that runs the Gaza Strip, of seeking to orchestrate.

Palestinians and rights groups say protesters have been shot while posing little threat.

Israel and Palestinian militants in Gaza have fought three wars since 2008.