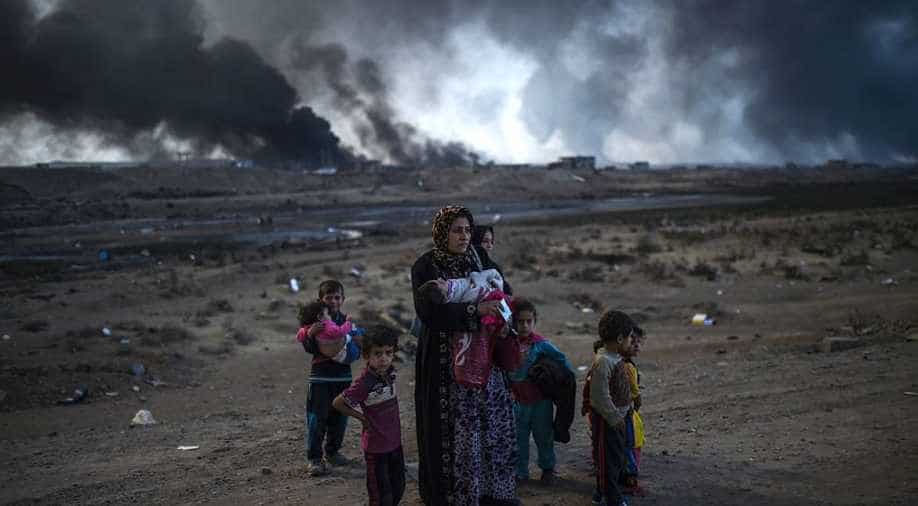 Iraqi families displaced by the Iraqi forces' battle against IS are seen near Qayyarah, south of Mosul, on October 29. Photograph:( Getty )

Iraqi security troops said on Monday (November 7) they had found a mass grave containing about 150 decapitated corpses in the town of Hammam al-Alil, south of Mosul.

The Iraqi police released a video to show the site of the grave.

''These are the corpses of chopped heads, including children, elderly men and women. It is unforgivable crime. Those people are innocent. The Islamic State militants brought them here and killed them," an officer said, speaking at the site.

The UN High Commissioner for Human Rights Ravina Shamdasani said on Tuesday (November 8) she could not confirm media reports of the mass grave, but said it happened to be in the same agricultural college in Hammam al Alil where the U.N. reported the execution of 50 police officers last month.

Islamic State fighters had abducted 295 former Iraqi Security Forces members and forced 1,500 families to retreat with them from the town, she added.

She said it appeared Islamic State either intended to kill them of use them as human shields.