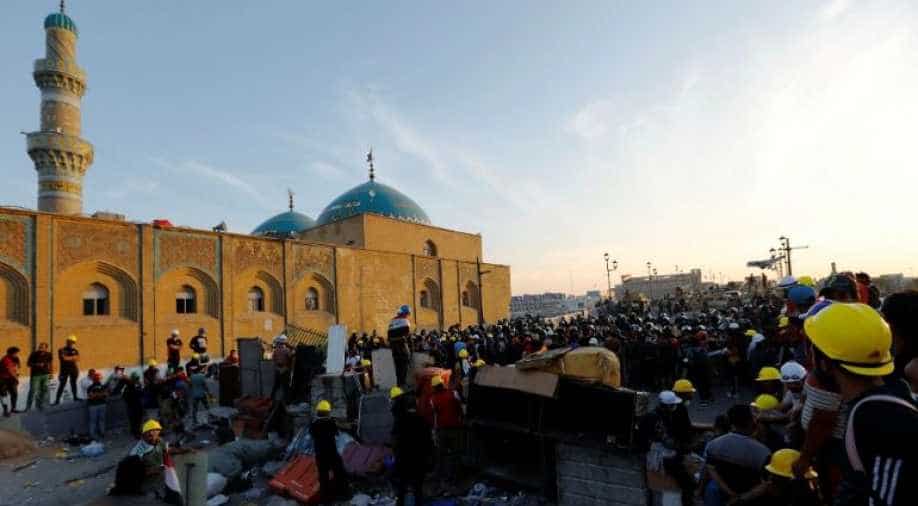 About 90,000 barrels of crude oil meant for export were trapped at a northern Iraq field on Thursday because transport routes were cut by protests, an industry source told AFP.

The Qayyarah field in northern Iraq produces 30,000 barrels per day of crude oil that is trucked to the southern port of Basra to be exported, but sit-ins have sealed off some of those roads.

A senior source at the North Oil Company, which manages the Qayyarah field, told AFP on Thursday that trucks were unable to carry out that journey for a third consecutive day.

"These trucks usually transport the oil daily, but have been unable to do so since Tuesday because of what's happening in Basra," the source said.

"I don't know when it will resume as it depends on the situation stabilising and the roads being reopened."

Iraq is the fifth-largest oil exporter worldwide, sending around 3.4 million bpd out from its Basra port.

A vast majority of that oil is transported across the country via pipeline, and Qayyarah is one of the rare fields that sends its crude by truck.

The government's budget is funded almost exclusively by oil revenues and analysts have said a hit to exports could be "disastrous" for the country.

Despite Iraq's vast oil wealth, one in five people lives in poverty and youth unemployment stands at 25 per cent, according to the World Bank.

That staggering inequality contributed to the initial wave of anti-government protests that erupted on October 1.

In the south, protesters this week have shut down the access route to the Dhi Qar oil company and the Shanafiyah refinery in Diwaniyah, according to AFP correspondents.

A sit-in has also cut the road to the Umm Qasr port, which brings in most food and medical imports through Basra, but it reopened on Thursday.

On Wednesday, a spokesman for Iraq's embattled premier Adel Abdel Mahdi said security forces "will not allow" protesters to get near key infrastructure.