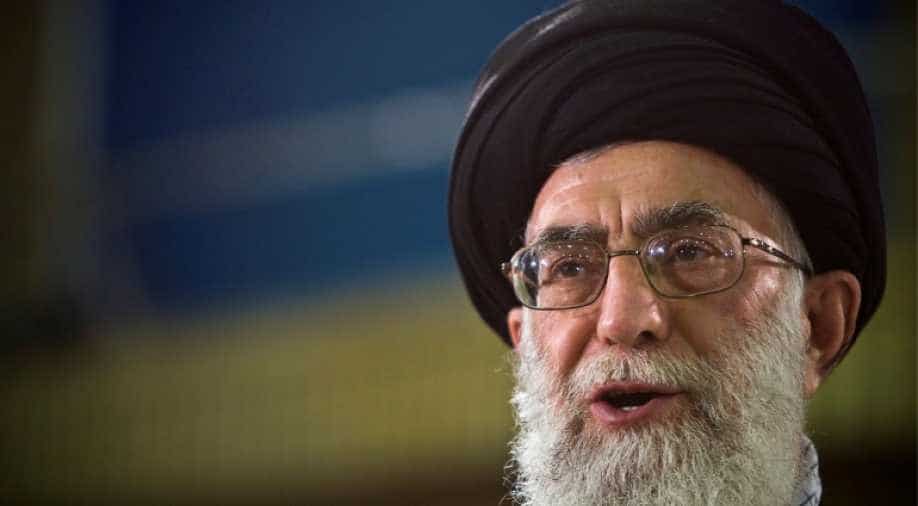 Trump has condemned the nuclear deal, signed by his predecessor Barack Obama, as flawed for not being permanent and for not covering Iran’s ballistic missile programme and its role in conflicts around the Middle East.

Iran's Supreme Leader Ayatollah Ali Khamenei said on Tuesday that Tehran would not be "deceived" by US President Donald Trump’s offer of negotiations and would not give up its missile programme.

Iran and the United States have been drawn into starker confrontation in the past month, a year after Washington pulled out of a deal between Iran and global powers to curb Tehran’s nuclear programme in return for lifting international sanctions.

Trump has condemned the nuclear deal, signed by his predecessor Barack Obama, as flawed for not being permanent and for not covering Iran’s ballistic missile programme and its role in conflicts around the Middle East. He has called on Iran to come to the negotiating table to reach a new deal.

Trump said last week that Iran "has a chance to be a great country, with the same leadership. We’re not looking for regime change. I just want to make that clear. We’re looking for no nuclear weapons."

Reacting to those comments, Khamenei said in a speech broadcast on state television: "The US president recently said Iran can achieve development with its current leaders. That means they do not seek regime change ... But this political trick will not deceive Iranian officials and the Iranian nation."

"In the missile programme, they know we have reached a point of deterrence and stability. They want to deprive us from it, but they will never succeed," Khamenei said, speaking at a ceremony marking the 30th anniversary of the death of Ayatollah Ruhollah Khomeini, founder of the Islamic Republic of Iran.

Khamenei said US sanctions have created hardship for Iranians and called on the government to make improving economic conditions its top priority.

President Hassan Rouhani, who has taken a softer stance, suggested last week that Iran might be willing to hold talks if the United States showed it respect and lifted sanctions.

US Secretary of State Mike Pompeo said on Sunday the United States was prepared to engage with Iran without pre-conditions about its nuclear programme. Iran dismissed the offer as "word-play".