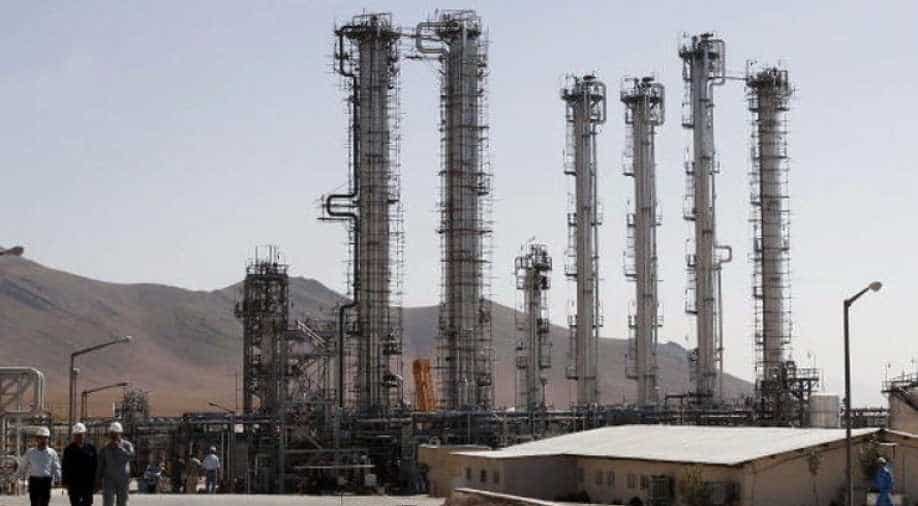 Iran has, however, agreed to go comply the terms of the nuclear deal by agreeing to transfer five tonnes of heavy water outside the country. In photo: Arak reactor in Iran Photograph:( Getty )

Iran has gone over the heavy-water limit for the second time this year, The UN said Wednesday.

Heavy water is a sensitive material used in as a moderator in nuclear reactors.

The announcement came hours after Republican Donald Trump became the next president of the United States.

Trump has been scathing of the Obama administration's nuclear deal with Iran. Under the nuclear deal, Iran had agreed to lower its ambition of acquiring a nuclear weapon by reducing its urnanium stockpile and not fuelling its two nuclear reactors.

Although the agreement was hailed by many, Trump has remained a vociferous critic and has even called it the "worst deal ever negotiated".

Trump was one of many dissenting voices who wanted the Arak reactor in Iran to be completely dismantled. The deal, however, did not put forth any such compulsion on Tehran as it was assured that the reactor would not be fuelled.

On Wednesday, a UN atomic watchdog said Iran currently had 130.1 tonnes of heavy-water.

Under the deal, Iran cannot have more than 130 toness of the material.

However, Iran has told the agency that it will transfer five tonnes of heavy water out of the country to abide by the agreement that was signed with the US, Russia, China, Britain, France and Germany in January.

A US State Department spokesman, speaking at a regular news briefing in Washington, confirmed Iran's intention to export the excess heavy water.

"It's important to note that Iran made no effort to hide this, hide what it was doing from the IAEA," spokesman Mark Toner said, referring to International Atomic Energy Agency.