Indications that Modi, Xi may meet on sidelines of BRICS summit 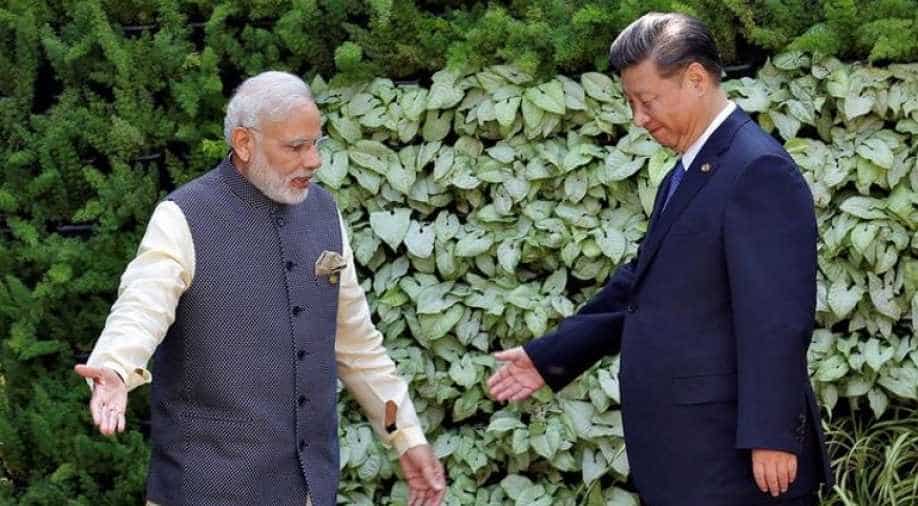 The BRICS summit comes just days after India and China managed to end their 73-day-long standoff in the Doklam area near the Bhutan-India-China trijunction. Photograph:(Reuters)
Follow Us

India is expected to raise its concerns over terrorism at the BRICS Summit here, with Prime Minister Narendra Modi asserting that the grouping has important contributions to make in upholding peace and security, and addressing global challenges.

With Modi's visit to China for the BRICS summit taking place days after the two countries ended their 73-day standoff in the Dokalam area, all eyes are on a possible bilateral meeting between the prime Minister and Chinese President Xi Jinping.

While there is no official word on the possible meeting between the two leaders, there are indications that the two may interact with each other on the sidelines of the summit which will begin from tomorrow in this Chinese port city.

Ahead of the prime minister's visit and when asked, external affairs ministry spokesperson Raveesh Kumar said it is common practice to have such meetings on the sidelines of multilateral forums

The summit will be the first gathering when the leaders of Brazil, Russia, India, China and South Africa will meet after New Delhi and Beijing decided on "expeditious disengagement" of their border troops in the disputed Dokalam area on August 28.

In significant remarks on the eve of the summit, Xi underlined that "treating each other as equals and seeking common ground while shelving differences", is an important part of cooperation between the five member emerging economies.

Ahead of the prime minister's visit, External Affairs Ministry Spokesperson Raveesh Kumar had said it is a common practice to have such meetings on the sidelines of multilateral forums when asked if there will be a bilateral between Modi and Xi.

Asked about China's comments that it will not be appropriate to discuss Pakistan's counter-terrorism records at the BRICS Summit, the spokesperson said he cannot pre-empt what Modi will say during his interventions at the restricted and plenary sessions of the Summit.

But he asserted that India's position on terrorism has been very clear and it has been raising the issue at various multilateral forums.

"We noticed that India, when it comes to Pakistan's counter-terrorism, has some concerns. I don't think this is an appropriate topic to be discussed at BRICS summit," Chinese Foreign Ministry spokesperson Hua Chunying had said ahead of the Summit.

According to sources, India is expected to flag its concerns over terrorism.

Yesterday, Modi in his departure statement had said "India attaches high importance to the role of BRICS that has begun a second decade of its partnership for progress and peace. BRICS has important contributions to make in addressing global challenges and upholding world peace and security."

The prime minister had also said he was looking forward to engaging with leaders of nine other countries, including BRICS partners, in an Emerging Markets and Developing Countries Dialogue, being hosted by Xi on September 5.

"We will also interact with the BRICS Business Council represented by captains of industry from all the five countries," he said. PTI