In pics: London's 'thinnest' Victorian-era house is on sale for $1.3 million 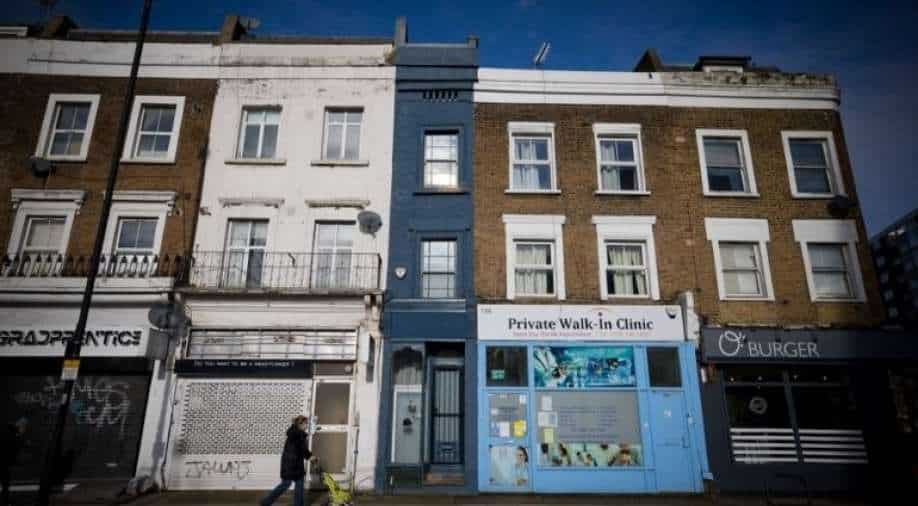 A pedestrian passes the front of what is dubbed 'London's thinnest house' (painted blue) in west London Photograph:( AFP )

Wedged between a doctor's surgery and a hairdressing salon, London's thinnest house is only identified by a streak of dark blue paint

London's thinnest house which is just 5 feet 6 inches (1.6 metres) at its narrowest point is currently on the market for $1.3 million or 1.1 million euros.

Wedged between a doctor's surgery and a hairdressing salon, London's thinnest house is only identified by a streak of dark blue paint. Blink and you could easily miss it. 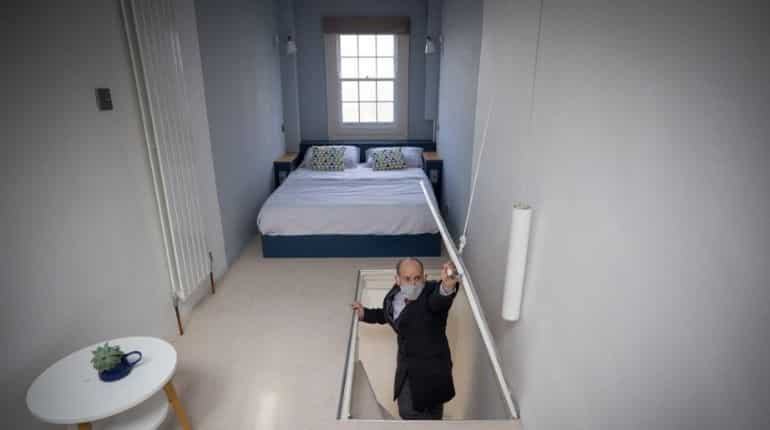 The unusual property, originally a Victorian hat shop with storage for merchandise and living quarters on its upper floors, was built sometime in the late 19th or early 20th century.

In a nod to its past, the house still has an old-fashioned glass shopfront with a lamp in the shape of a bowler hat.

David Myers, an assistant sales manager at Winkworth estate agents which is selling the property, said the house was worth its price tag because it's "a unique part of London history". 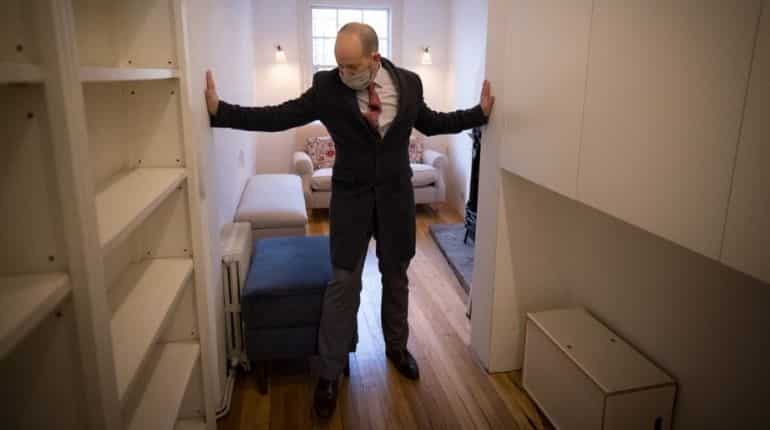 The dimensions of the house differ throughout.

While the kitchen at the end of the lower ground floor is the house's narrowest spot, it opens up into a dining area that's nearly double the size. A 16 foot-wide garden lies beyond behind French windows.

The ground floor, which now contains a reception where the old shop would have been, and the first floor are of similar sizes.

The first floor -- where a bedroom and study can be found -- also has a roof terrace with commanding views over the roofs and chimney pots of west London.

Spiral stairs lead from the second floor -- the location of a bathroom and shower room -- up to the master bedroom on the third.

It is accessed by a hatch which opens through the floor to save on space and the bed, which is built-in, takes up an entire end of the room, fitted into the walls on either side.

Myers said the house was for a "young couple or an individual" who "sees the beauty for what it is and will snap it up".

With what the London estate agent described as "unique" period features mixed with art deco and other eclectic interior designs, the house would appeal to buyers who were "arty" or "bohemian".

"From the owners that have owned it in the past, they've all put their own stamp on it," he added.

The price of the house is prohibitive for most in Britain, where the average house price is £256,000, but typical of London's property market.

"It's more expensive because we have everything going on. From somewhere like Shepherd's Bush we can be in the very heart of (London) in within 10 to 15 minutes," the estate agent said.

If it meets its asking price, the house will have doubled in value since 2006 when it was sold for £488,500, according to the UK's land registry.

By Myers' estimations, the house is worth more because of its dimensions.

"(In) a lot of parts of London people will use the pound per square footage mark and use it as a benchmark for what are properties going to be worth," he said.

"It doesn't always work like that. When you've got something as individual as this, the price has to be reflected on that."

The impact of the Covid pandemic, which Myers said had been an impetus for families, in particular, to move out of London and take advantage of the space afforded by lower property prices outside the capital, meant the house was unlikely to sell right away.

"(In) a situation such as Covid, where all the fish in the sea have thinned out quite considerably, there are not so many buyers out there.

"And there are fewer buyers for a unique, individual property such as this."

But ultimately the London estate agent was undeterred. "It's chic, it's beautiful, and that's why this house will sell," he said.