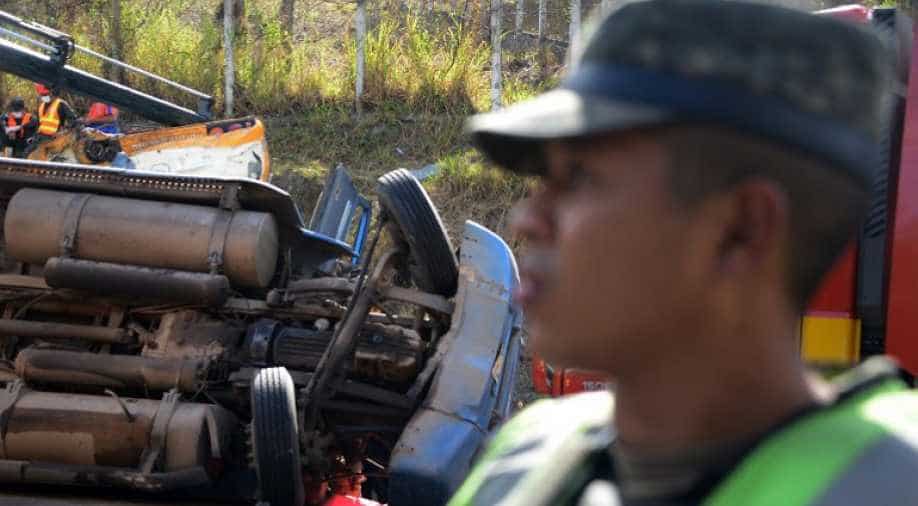 A probe into the matter is being conducted to determine if the truck driver was speeding. (Representative image) Photograph:( AFP )

At least 16 killed and 34 injured in Honduras on Sunday when a cargo truck collided with a bus, officials said.

The accident took place about 10 kilometres outside the capital Tegucigalpa on the highway heading south, Reuters reported.

The injured were taken to University Teaching Hospital in Tegucigalpa.

Hospital spokesman Miguel Osorio said two were in critical condition from severe blows to the head.

The truck driver fled from the site, police said.

National Transportation director Leonel Sauceda said investigators were conducting a probe to see if the driver was speeding.