Global malaria progress at risk due to lack of funds: WHO 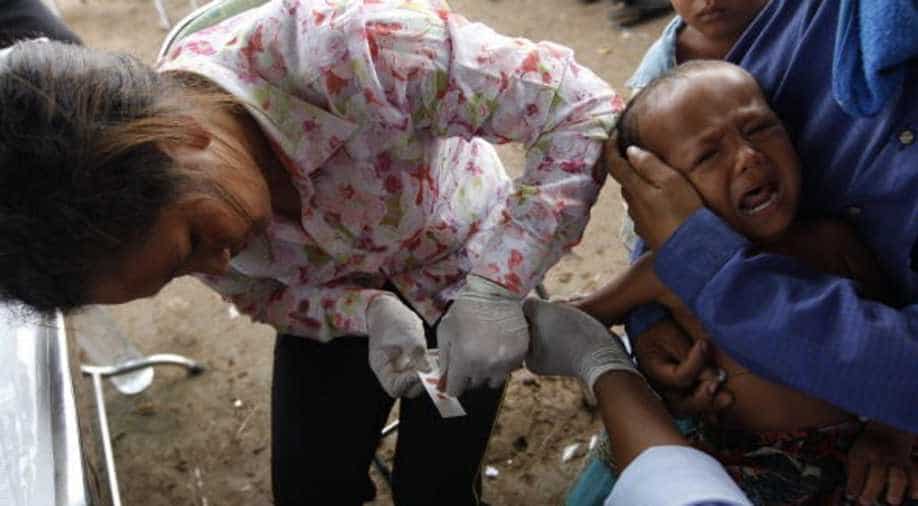 An intense malaria screening as part of a World Health Organization (WHO) on a Malaria Containment project along the Thai-Cambodian border on July 20, 2010. Photograph:( Getty )

The worldwide progress on controlling malaria risks staggering because of  an “urgent need” for more funding, the World Health organisation said in its annual report on Tuesday.

However, globally there were still 212 million new cases and 429,000 deaths last year. 43 per cent of sub-Saharan Africa’s population were not protected by treated nets or indoor spraying, the report said.

The WHO in its report has warned that "sustained and sufficient funding for malaria control is a serious challenge". The health agency said that after a steep increase between 2000 and 2010, investment had "flat-lined".

35 per cent of all malaria funding in 2015 was provided by the United States. Countries with malaria provided about 32 per cent and Britain provided 16 per cent.

"We are definitely seeing progress," said Dr Pedro Alonso, director of the WHO Global Malaria Programme, ahead of the report's launch in London, news agency AFP reported.

"But the world is still struggling to achieve the high levels of programme coverage that are needed to beat this disease."

The report also says that anti-malarial drug resistance is a challenge  along with the growing mosquito resistance to insecticides.

The WHO, however, added that there have been improvements in sub-Saharan Africa over the past year when it comes to providing help for pregnant women and children against malaria.

"Malaria-related deaths among children under five in sub-Saharan Africa are at their lowest point in history," said Ray Chambers, the UN Secretary-General's special envoy for malaria, AFP reported.

"This is largely attributable to the nearly 500 million insecticide-treated bed nets delivered over the past three years, the highest ever, along with a significant expansion of diagnosis and treatment."

Deaths from malaria among the under fives have fallen by 69 per cent globally since 2000 to 303,000 last year.

Sub-Saharan Africa is home to 90 per cent of global malarial cases and 92 per cent of deaths.

"We must now not grow complacent, but drive forward to end the epidemic once and for all," said Chambers.

Last year India ranked third among 15 countries with the highest cases of malaria and deaths related to the disease.