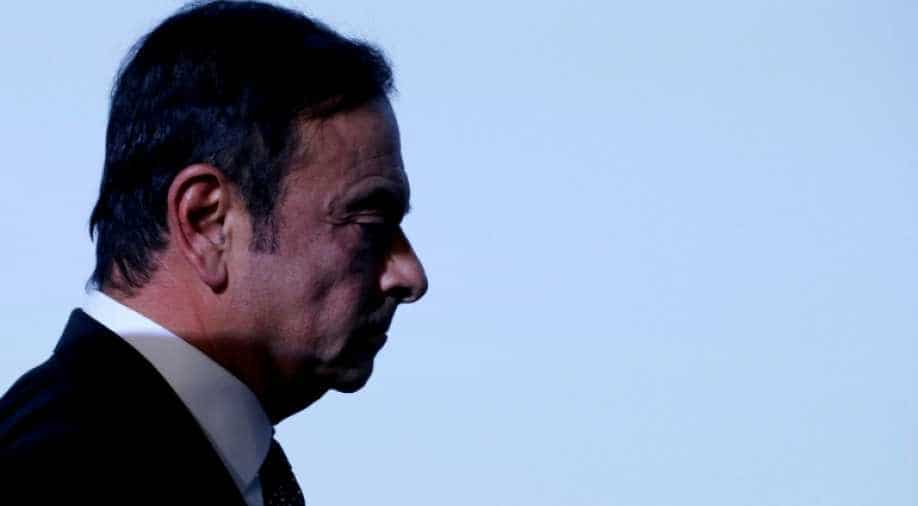 The court has previously refused to release the 64-year-old Franco-Lebanese-Brazilian businessman on the grounds that he could present a flight risk and destroy evidence.

Lawyers for former Nissan boss Carlos Ghosn on Thursday appealed against a decision by a Tokyo court to refuse him bail, as he faces charges on three counts of financial misconduct.

Since his stunning arrest on November 19, the auto tycoon has languished in a Tokyo detention centre facing questioning over allegations he under-reported his salary and tried to shift personal losses onto the company.

On January 11 he was formally charged on two of the counts and his request for bail refused again. Even his own lawyer has admitted he is likely to be kept behind bars until a trial  - which could take six months.

The court has previously refused to release the 64-year-old Franco-Lebanese-Brazilian businessman on the grounds that he could present a flight risk and destroy evidence.

The appeal came as the French government called for him to be replaced at the head of Renault, the only one of the three companies he used to head that has retained him.

Japanese firms Nissan and Mitsubishi Motors jettisoned him as boss almost immediately after his arrest, but Renault was more cautious and appointed an interim leader while Ghosn fought the charges.

If the bail appeal is turned down he faces at least a two-month period in pre-trial detention. This can be extended almost automatically by one month at a time.

His wife Carole has appealed to Human Rights Watch over his detention, saying he was being held in "harsh" conditions and subjected to round-the-clock interrogations in an attempt to extract a confession.

Ghosn has been seen only once in public since his detention, in a dramatic court appearance.

He had clearly lost a lot of weight but seemed otherwise in good health. He passionately proclaimed his innocence and his love for Nissan, a company he is widely credited with saving from the brink of bankruptcy.

"I have been wrongly accused and unfairly detained based on meritless and unsubstantiated accusations," Ghosn told a packed courtroom.