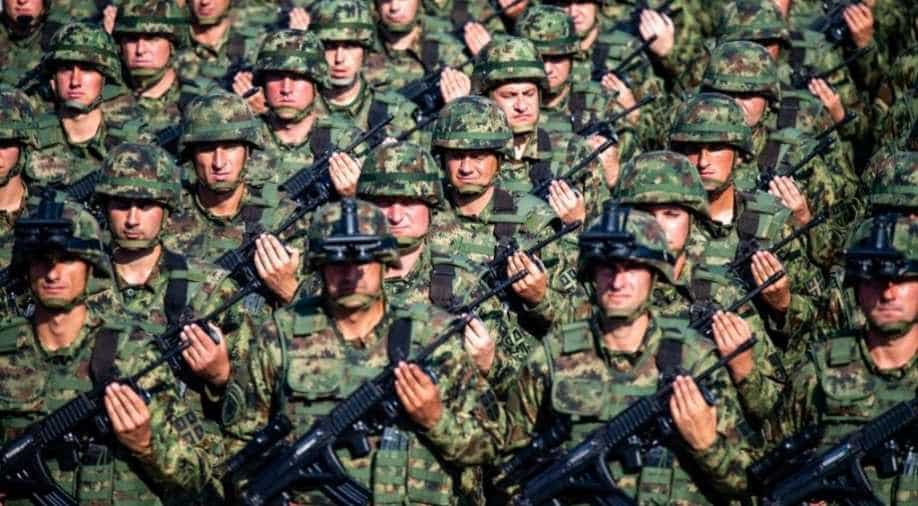 Bild am Sonntag newspaper said the army has been covertly investigating him and two other soldiers and was prompted to take action against the man after its probe leaked.

The German army is due to suspend a member of its elite KSK force on suspicion of far-right extremism, local media reported Sunday, in a new scandal to hit the armed forces.

Bild am Sonntag newspaper said the army has been covertly investigating him and two other soldiers and was prompted to take action against the man after its probe leaked.

Of the other two suspects, one has been stripped of the right to wear a German army uniform while the other has been classed as a suspicious case.

Both had allegedly made the banned Hitler salute during a private party hosted by the suspect who is to be suspended next week, according to the newspaper.

The elite KSK is charged with the sensitive and risky missions including hostage rescue operations or anti-terror action abroad.

But suspicions that some members are far-right leaning have always plagued the force.

The head of the military's counter-intelligence service Christof Gramm had said that there are around 20 suspicious cases at the KSK.

The armed forces has over the years repeatedly come under fire over embarrassing associations with Germany's militaristic past.

Last year, then defence minister Ursula von der Leyen ordered the military to cleanse itself of all links to the Wehrmacht, after learning that steel helmets and memorabilia of the Nazi-era army were openly displayed at one of its barracks.

She also ordered barracks still named after World War II figures, like field marshal Erwin Rommel, to be stripped of their names.