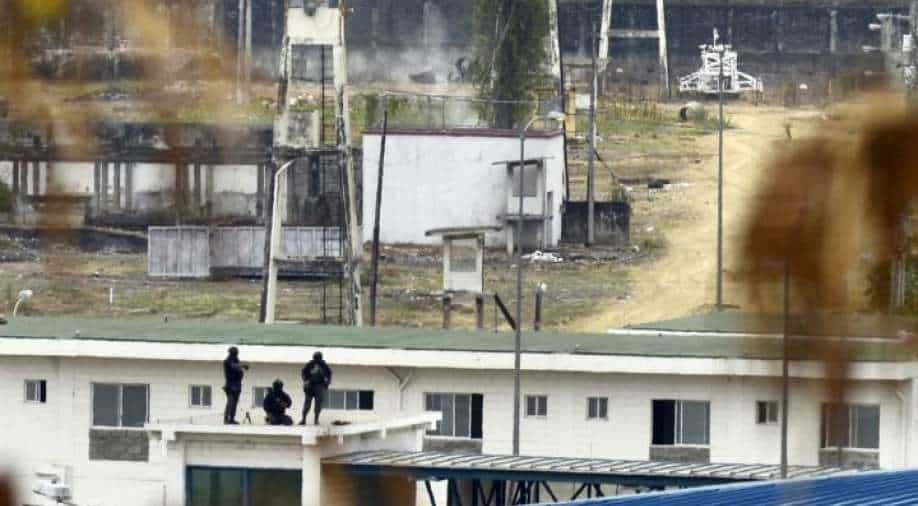 On Saturday, at least 118 inmates were killed, six of them beheaded, as rival gangs armed with guns and grenades went to war at the prison

Four people were wounded and police were shot at on Saturday in a new clash between prisoners at the Ecuadorian prison where 118 people were killed just days earlier in the country's deadliest inmate riot.

Police commander Tannya Varela said there was a shootout between inmates at the prison in Guayaquil.

Officers neutralized the confrontation and maintained control of the prison, the police force said.

Elite police teams entered the facility, supported by soldiers and a military tank, according to video released by the force.

On Saturday, at least 118 inmates were killed, six of them beheaded, as rival gangs armed with guns and grenades went to war at the prison.

Another 86 wounded were wounded, six critically, according to Ecuador's prisons authority.

It was the latest in a string of bloody clashes in Ecuador's broken prison system, with 237 inmates killed so far this year - up from 103 in 2020.

Ecuador on Friday deployed thousands of police and soldiers to secure its prisons, in an attempt to prevent further clashes.

At a neighboring prison on Saturday, inmates climbed up to the rooftops to wave white clothing and display signs calling for peace, AFP saw.

The inmates held up signs that read "We want peace" and "The law is killing us."

They have asked not to be transferred to other prisons because "there are no problems" in their current institution.

Authorities are planning to relocate some of the Guayaquil prisoners after the riot, as relatives of the inmates continue to gather outside the complex, begging for information about their family members.

So far, 101 bodies have been identified, 44 of which have been given to their families, police said.

What is Khosta-2, the 'vaccine-resistant' severe covid-like virus, scientific community is panicking about?