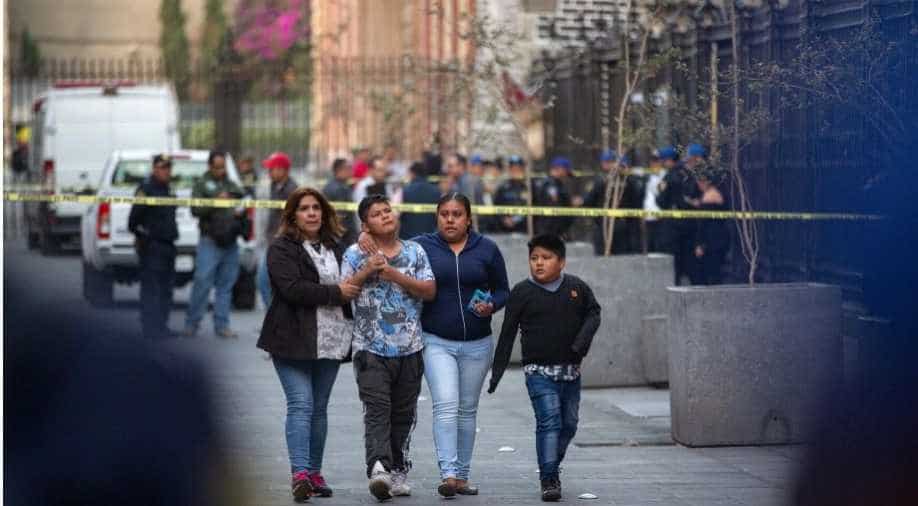 President Andres Manuel Lopez Obrador was travelling outside of Mexico City on Saturday.

Four people were killed and two injured in a shooting on Saturday near Mexico's National Palace, the presidential residence in the capital's historic downtown, officials said.

President Andres Manuel Lopez Obrador was travelling outside of Mexico City on Saturday.

Preliminary reports indicated an armed man entered a building on a small street near the palace looking to relieve himself, Mexico City police said.

After two people in the building reproached him, the man withdrew a pistol and opened fire. When police arrived, they found four people with gunshot wounds lying in the building's courtyard, and shot at the gunman.

Paramedics found the gunman dead, along with two other people, the police said. One of three people who sustained injuries died en route to the hospital.

More than 100 police officers rapidly arrived and cordoned off the street, according to television images.

The building sits in a narrow, pedestrian-only street that opens onto an entrance of the National Palace used daily by government staff and reporters.

Lopez Obrador took office a year ago on pledges to run an austere government. In addition to cutting his salary by half, he shed various trappings of power, including a large force of secret-service style bodyguards.

The leftist also turned the luxurious Los Pinos presidential residence into a cultural center and moved into the centuries-old National Palace amid the bustle of Mexico City's historic center.