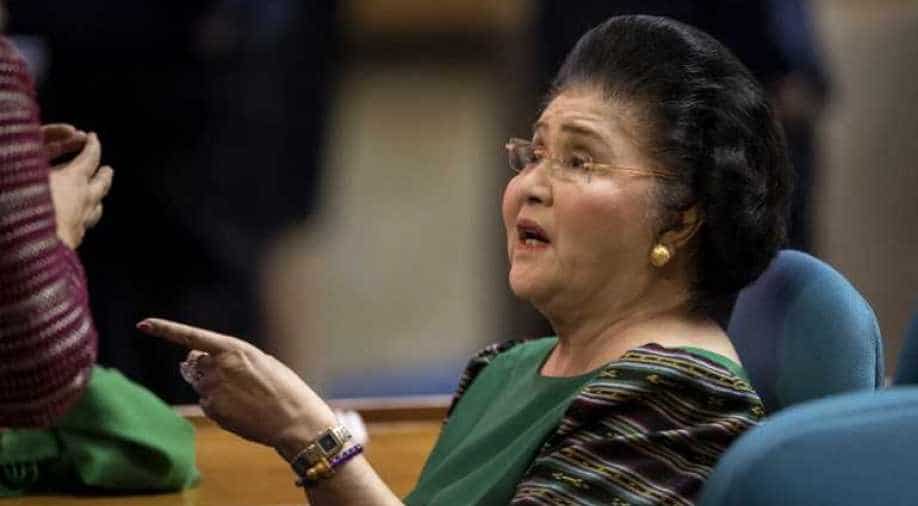 Marcos, 89, faces imprisonment of between six and 11 years for each count of graft

An anti-graft court in the Philippines on Thursday ordered the arrest of Imelda Marcos, the widow of the late Philippine dictator Ferdinand Marcos.

The former first lady and an incumbent lawmaker known for her collection of more than 1,000 pairs of shoes was found guilty of seven counts of graft for allegedly maintaining Swiss accounts as a cabinet member during her husband's rule three decades ago, according to a report in Singapore-based newspaper Straits Times.

Marcos, 89, faces imprisonment of between six and 11 years for each count of graft, according to the Sandiganbayan decision released to media on Friday, the report further said.

The case has been pending with the anti-graft court for 27 years.

Imelda is allowed to apply for bail, and can also appeal the case before the Supreme Court.

The Marcos family is a known supporter of incumbent President Rodrigo Duterte, the report added.