Flowing hair: A rare 1794 silver dollar coin up for auction 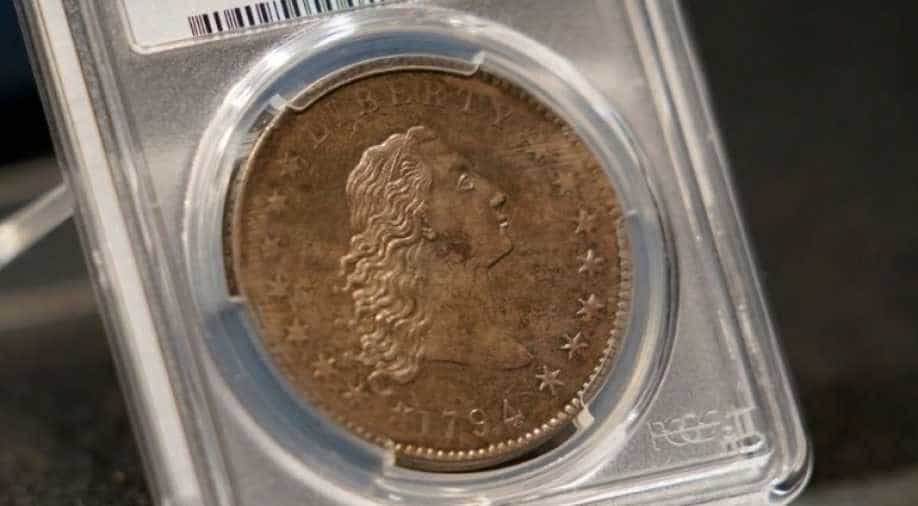 One of the first dollar coins that was made by the US Mint almost 200 years ago is now being auctioned as the owner feels it is "time to move on".

The silver dollar coin was stuck by the US Mint back in 1794. The coin is known as "Flowing Hair" dollar. It features a portrait of Lady Liberty with long open hair on one side and an eagle on the other.

Bruce Morelan, who owns the rare 1794 silver dollar, feels it is time to let go of this precious collection and move on to next adventures. "This is a dream coin -- a priceless artifact that I have been proud to own, and I'm very sorry to see it go," he told a local media house.

Morelean got this coin in 2013 for nearly $10 million. However, he now feels that it is "time to move on to other challenges and I hope that the new owner of the coin treasures it just as much as I have."

Over 200 years ago when the United States Congress passed the Coinage Act of 1792 and established country's first national mint in Philadelphia, this was one of the first dollar coins that was produced.

"The Constitution had specified that the dollar was going to be the cornerstone of the US monetary system," Douglas Mudd, the curator and director of the American Numismatic Association's Money Museum told local media house.

The mint started producing silver coins in 1794, but these silver coins were not for public use but were to be distributed as souvenirs to specific 'important' people of the society as a PR policy.

The "Flowing Hair" figure of Liberty was inspired from Roman coins where female figures were used to represent freedom.

The auction, which can have a low turnout due to the novel coronavirus pandemic, will be held at Legend Auctions on October 8 at The Venetian Hotel in Las Vegas.

Doha talks 'candid', Taliban to be judged based on its actions: US

Electricity is restored in Lebanon as army supplies emergency fuel

1 killed and at least 14 wounded in shooting in Minnesota bar: Police

A symbol of love of sorts, 72-year-old man makes rotating house for wife in Bosnia