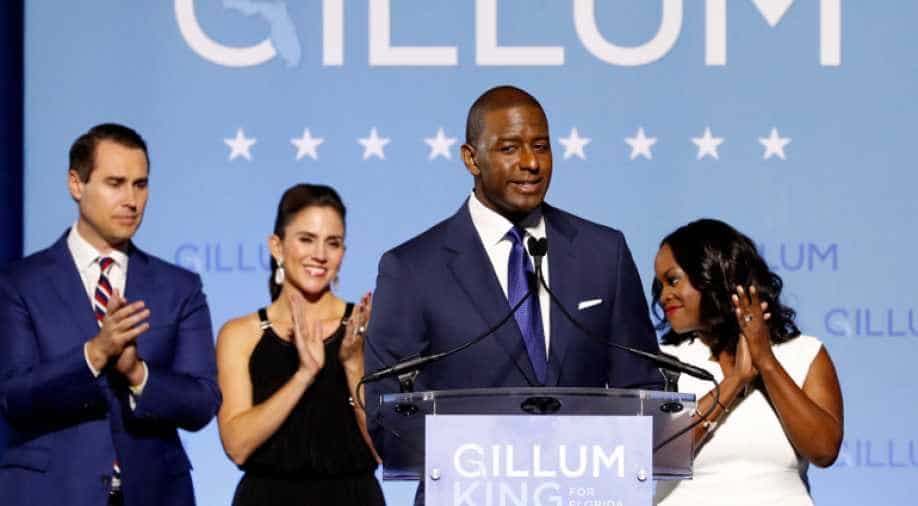 Florida state law triggers a machine recount if the difference in a race is within 0.5 per cent.

Florida authorities on Saturday ordered a statewide recount in the contentious races for US Senate and governor, amid tit-for-tat accusations of fraud from the candidates -- plunging the state once again into election uncertainty.

Eighteen years after the Sunshine State found itself at the heart of a battle for the US presidency, it was once again in the spotlight after Tuesday's vote, which left the contests for statewide offices undecided.

Florida's 67 counties had been given until midday (1700 GMT) on Saturday to submit unofficial totals.

State law triggers a machine recount if the difference in a race is within 0.5 percent. Florida's secretary of state Ken Detzner issued the official order for the recounts after the deadline.

After the cut-off, the Senate race between outgoing Republican governor Rick Scott and incumbent Democrat Bill Nelson was extremely close: Scott's lead stood at just 12,562 votes out of nearly 8.2 million cast, a margin of just 0.15 percent.

In the governor's race, the latest unofficial results on the Florida division of elections website show Republican Ron DeSantis, who was backed by Donald Trump, leading Democratic candidate Andrew Gillum by just 33,684 votes out of more than 8.2 million cast, or a margin of 0.41 percent.

"Machine recount indicated," the website said in both cases.

Gillum -- who had previously conceded the race -- changed course on Saturday, saying: "I am replacing my words of concession with an uncompromised and unapologetic call that we count every single vote."

Trump was not amused by the development, tweeting from France: "Trying to STEAL two big elections in Florida! We are watching closely!"

"What's going on in Florida is a disgrace," Trump told reporters.

"Bad things are going on in Broward Country, really bad things," Trump added, referring to a Democrat-heavy county where officials were slowly counting votes including absentee and provisional ballots.

On Saturday, he urged Florida's sheriffs to "watch for any violations during the recount process as outlined in Florida law."

Meanwhile, Nelson -- accusing Scott of trying to suppress votes -- fired back with a lawsuit of his own to block steps that would reject thousands of mail-in ballots.

The recount is reminiscent of the dramatic recounts that occurred in parts of Florida after the 2000 presidential election between George W. Bush and Al Gore.

Those recounts were halted by the US Supreme Court, and Bush defeated Gore by 537 votes in Florida to win the presidency. Broward County was also at the heart of that controversy.

Most US political races have already been settled. But Florida is not alone.

In neighboring Georgia, the Democratic candidate for governor initiated legal action to ensure all votes were counted in her contest.

In Arizona, there is still no official result in a fierce US Senate battle that has Democrat Kyrsten Sinema leading Republican Martha McSally by a slim margin.

The ballot chaos raises fresh questions about why the world's most powerful democracy is incapable of producing swift and accurate election results across all 50 states.