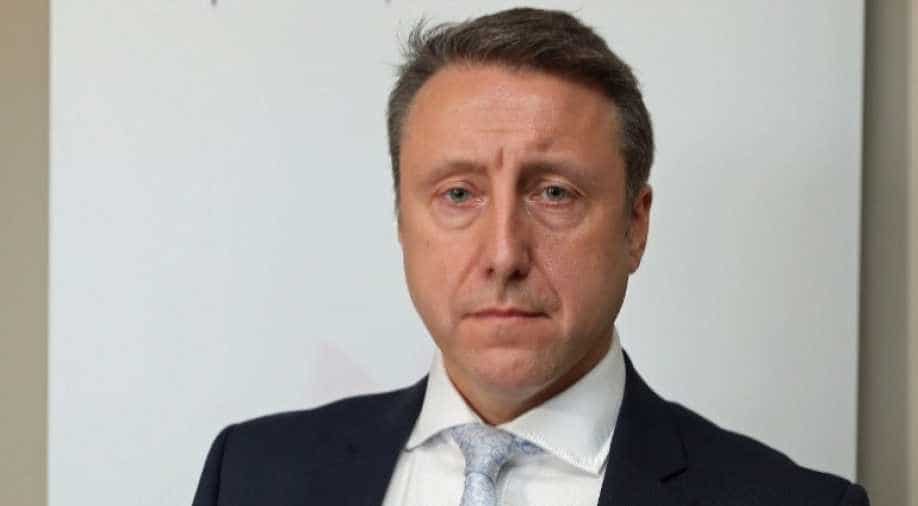 The ex-paratrooper, known only as Soldier F, was charged with murdering two people and the attempted murder of four others when troops opened fire on a demonstration in Derry in which 13 protesters were shot dead.

Northern Irish prosecutors on Thursday charged a former British soldier with murder over the "Bloody Sunday" killings of 1972 in a politically sensitive case that has stirred passions in both Britain and Ireland.

The ex-paratrooper, known only as Soldier F, was charged with murdering two people and the attempted murder of four others when troops opened fire on a demonstration in Derry in which 13 protesters were shot dead.

Soldier F was one of 17 British veterans who had faced investigation over Bloody Sunday but he was the only one charged.

"This is a remarkable achievement by the families and victims of Bloody Sunday," said Ciaran Shiels, a solicitor for some of the victims' families.

But Shiels added: "We are disappointed that not all of those responsible are to face trial."

Relatives looked sombre as they emerged from a press conference in which the decision was announced by the Public Prosecution Service of Northern Ireland.

"There is sufficient available evidence to prosecute one former soldier, Soldier F, for the murder of James Wray and William McKinney; and for the attempted murders of Joseph Friel, Michael Quinn, Joe Mahon and Patrick O'Donnell," said PPS director Stephen Herron.

"We are indebted to those soldiers who served with courage and distinction to bring peace to Northern Ireland," he said.

"The welfare of our former service personnel is of the utmost importance and we will offer full legal and pastoral support," he said.

He added that the government was working to reform the system "for dealing with legacy issues".

"Our serving and former personnel cannot live in constant fear of prosecution," he said.

Besides 16 former British soldiers not charged, state prosecutors also declined to bring charges against two alleged ex-members of the Irish Republican Army for their role on the day, one of the seminal events in the three-decades-long Northern Irish conflict known as "The Troubles".

"In respect of the other 18 suspects, including 16 former soldiers and two alleged Official IRA members, it has been concluded that the available evidence is insufficient to provide a reasonable prospect of conviction," said prosecutor Herron.

Thirteen demonstrators were killed on January 30, 1972 as they participated in a civil rights march in the majority Catholic area of the Bogside in Derry when soldiers from the British Parachute Regiment opened fire.

A fourteenth died of his wounds later.

In 2010, then British prime minister David Cameron issued a formal state apology for the killings, calling them "unjustified and unjustifiable".

A public inquiry found that British troops fired first and had given misleading accounts of what happened.

On Thursday, families of those who died marched from a memorial to Derry city centre.

John Kelly, whose brother Michael was shot dead at the age of 17, said he was "hoping and praying" for justice.

"I'm standing here, where Michael was shot dead, hoping he's looking down on me and saying 'Fair play to you, I'm very proud of you'," he said.

The British government on Wednesday drew criticism with an announcement that veterans found guilty of crimes during the Troubles would be eligible for early release under the 1998 Good Friday Agreement.

The terms of the peace accord, which largely ended the Troubles, allowed some 500 republican and loyalist paramilitaries to leave prison after serving short sentences.

At present, the release scheme only covers offences committed from 1973 to 1998.

However, the government has proposed legislation to widen the programme to offences taking place from 1968, meaning anyone convicted over Bloody Sunday would be eligible.

"They were people acting under orders and under instruction and fulfilling their duties in a dignified and appropriate way," she said in parliament last week.

She later apologised for the comments.